Home Netflix “2023 was supposed to be the year of their reconciliation,” Prince Harry... 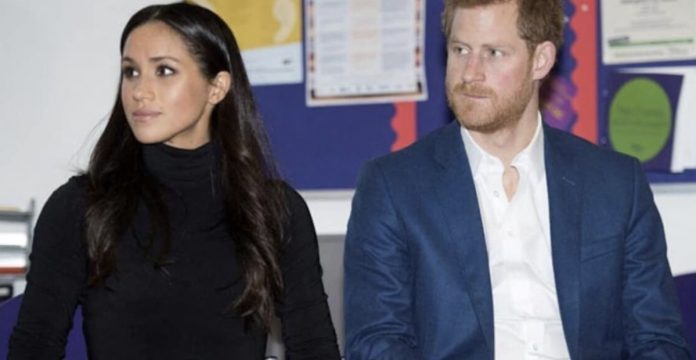 After the death of Queen Elizabeth II, Prince Harry and Meghan Markle are trying to make amends. In the past two years, the Duke and Duchess of Sussex have sharply criticized King Charles III, Camilla, Prince William and Kate Middleton. However, they always tried not to say anything against Queen Elizabeth II in order to demonstrate respect for the institution and the monarch.

However, with Charles as the new head, Harry and Meghan’s strategy went to pieces. We expect the couple to tell a lot of the truth about their father, brother and their spouses Harry in the upcoming memoirs and documentary series Netflix. Now they will directly criticize the spouses of the king and queen, which can greatly upset the palace and close all doors for reconciliation.

Harry and Meghan to establish a relationship with King Charles III?

Various sources close to the couple reported that Harry and Meghan initially planned to reconcile with the House of Windsor after the release of their book and series. The Sussex way home did not seem too difficult, because they always praised the queen. According to the couple, “2023 was supposed to be the year of their reconciliation.”

However, their plans will collapse if the king and Queen consort get upset because of what is written in the memoirs and the series. So now they are in a hurry to soften these two things and not be too harsh on the monarchy. In an attempt to make amends, they also parted ways with their PR firm Sunshine Sachs.

“The Queen is dead, and Charles and Camilla are king and queen. Obviously, this attempt at reconciliation will never work if they criticize the new monarch or both,” the source quotes The Sun.

Royal writer Robert Jobson has detailed his opinion on the situation, saying that Meghan and Harry were completely mistaken in their plot for a year of reconciliation. He also believes that Prince Harry has lost the trust of King Charles III and the couple will never be able to regain it.

Do you think the royal prince and the former actress can return to their subjects after the release of the explosive memoirs and Netflix show? Let us know in the comments.

Why did “Enola Holmes 2” become a nightmare for the actress...

The Murder Capital are releasing new songs as they begin their...