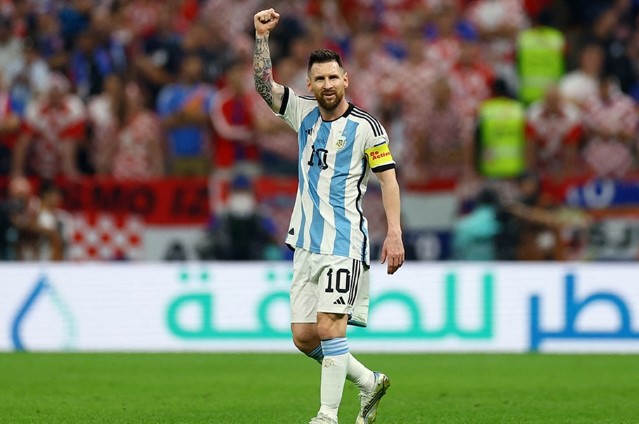 Argentina faced Croatia in the semi-finals of the 2022 World Cup.

Starting the game in the starting 11, Lionel Messi captured Lottar Matthaus, equaling the record for the most appearances in World Cup history.

Argentina star also scored a historic success with his goal against Croatia. Lionel Messi, who took the ball for the penalty kick in the 34th minute of the match, took the nets off and scored his team’s first goal in the match.

Thus, Messi surpassed Gabriel Batistuta to become the world’s top scorer in the history of the Argentina National Team with 11 goals.

Messi surpassed Diego Maradona to become Argentina’s second top scorer in the tournament’s history, with a goal in Argentina’s last 16 round against Australia.

Messi, on the other hand, became the sixth player to score in the last 16, quarter-finals and semi-finals of a tournament after the 1986 World Cup transitioned to its current form, according to Opta data. Salvatore Schillaci (1990), Roberto Baggio (1994), Hristo Stoichkov (1994), Davor Suker (1998) and Wesley Sneijder (2010) were other names who showed this success before.

The Argentine star is also the top scorer in World Cup history among active players.