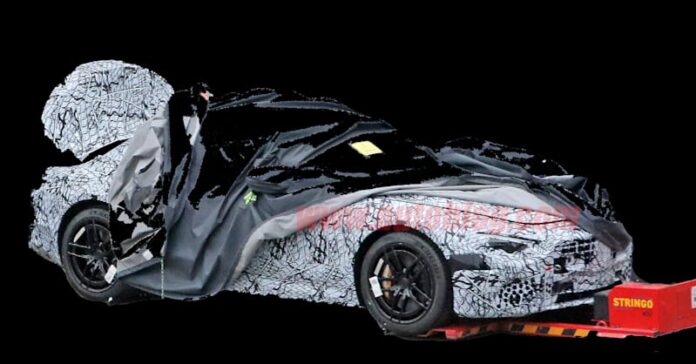 Automotive firm Daimler’s authorized name for design, Gorden Wagener, shared some details about the next Mercedes-Benz SL model to come. Let’s take a closer look at the details.

Probably one of the most beautiful vehicles we have encountered so far, since the original Mercedes-Benz 300 SL Gullwing model has been quite a long time ago, Mercedes-Benz is revising its existing SL vehicle with a design similar to 300 SL Gullwing and preparing to present it to the users.

Unfortunately, we have to wait for 2022 for this long-awaited step. These details, which are enough to hope for Mercedes-Benz enthusiasts, were revealed by Gorden Wagener, the design boss of the automotive company Daimler during an interview.

Another claim about the new SL model is that the vehicle will return from its design language for years to come back to its sporty design. As such, we can easily guess that there will be an AMG series of the model. Most likely both AMG GT and SL models will be presented together.

In his statement by Wagener, the design boss thinks that the 2022 SL and AMG GT models, which he expects to come with a different and innovative design, will be different, and that the first SL model is the most beautiful vehicle among the seven generations we have encountered so far.

Although the manager of the Mercedes-Benz company responsible for the design remains silent about the details of the new model, the expectations are that the vehicle will appear with a fabric-textured roof instead of a heavy and ordinary roof. In addition, the new model can be seen with a 2 + 2 layout as in the legendary SL73 model. Apparently, Mercedes-Benz will continue to surprise us by revising the models it introduced in 1973 with modern age conditions and technologies.

First information on MIUI 13 is expected this week

Jungkook reveals what is BTS’s best attribute as a team