Home Crypto 2022 Is The Biggest Year In Ethereum History! You ask why? 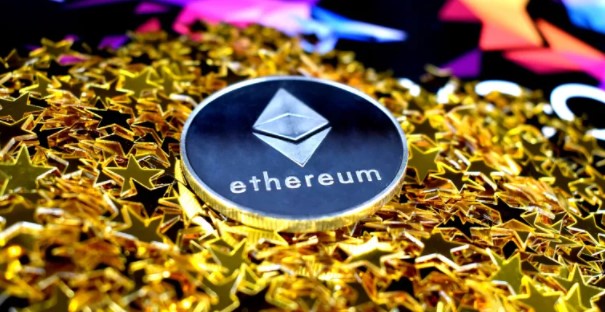 According to crypto analyst Chris Williams, 2022 could be Ethereum’s biggest year ever. 2022 is a year that could be a turning point for Ethereum. Can the second-ranked blockchain live up to its promises?

The analyst says that Ethereum is expected to complete the “Merge” with Proof-of-Stake in the coming months. The merger means Ethereum will become 99.95% more energy efficient, making it likely for ETH to become a deflationary asset. Ethereum needs to switch to Proof-of-Stake this year and gain Tier 2 traction in order not to lose ground to its competitors. With Proof-of-Stake consolidation on the horizon, 2022 is a pivotal year for Ethereum.

This time last year, as the big bull run continued, many crypto enthusiasts talked about 2021 being the “year of Ethereum.” The narrative took hold, according to Williams, thanks to the mainstream NFT boom and the popular EIP-1559 update, but by the time Ethereum started burning ETH, several top “alternative Tier 1” (i.e. Solana, Avalanche, and Terra) had played Ethereum’s role. All eyes are once again on Ethereum as the dust over the 2021 market frenzy is still settling and newer smart contract networks are either posting dips or placing multi-million dollar bets on their possible explosion. There are 2 million ETH burned with EIP-1559 and over 10 million ETH is currently staked on the Beacon Chain.

ETH transitions from Proof-of-Work to Proof-of-Stake

The biggest news of the last few days is Ethereum’s completion of the Kiln testnet. Kiln was the last merge testnet before the public testnets were upgraded, and it quietly transitioned from Proof-of-Work to Proof-of-Stake last week. Ethereum has faced criticism for its long delays in the past. Vitalik Buterin considerably outdid himself by predicting that the network would be ready to switch to Proof of Stake years ago. The 2022 target date may indeed be achievable. The analyst dwells on the question of why it is so important for Ethereum to switch to Proof-of-Stake.

After all, almost all other chains that block Bitcoin already use validators rather than miners to reach consensus. People like Tezos have been using their energy efficiency as a selling point for some time now. First, Ethereum is larger than all other smart contract networks combined. It continues to dominate the Tier 1 landscape even after the SOLUNAVAX rally, so the impact of such a move should not be underestimated. It is believed that Proof-of-Stake will make Ethereum 99.95% more energy efficient. This is something that NFTs – arguably the most used case of Ethereum today – will need to gain wider popularity, according to the analyst.

ETH emissions will drop after merger

But more importantly, ETH emissions will drop after the merger is complete. To pay miners, the ETH supply is currently inflating at around 4% per year. With Proof-of-Stake, emissions have been adjusted to be close to 1%. And remember EIP-1559? Because it burns a lot of ETH, supply could shrink when emissions drop. Last week, Péter Szilágyi, lead of the Ethereum Foundation’s development team, published a tweet storm complaining about the increasing “complexity” of the network. Explaining his disappointments, the expert made a mess.

The post sparked speculation as to whether Szilágyi is planning an exit, and ongoing debate over how much Ethereum’s AllCoreDevs should earn (by crypto standards, they charge surprisingly low). Most Ethereum fans want to see developers earn mid to high six-figure salaries that top their most lucrative Big Tech jobs. According to the analyst, this does not seem unreasonable given the size of the business. “As an ETH holder, frankly, I hope the issues are resolved. “As I’ve said in the past, we need to protect developers, and paying them a competitive fee is one way to do that.”

The market has had a rough start to the year and so far the Merger seems to have been lost in the noise. According to the analyst, whose delays are noticeable, fans say the event has not been priced yet, but that should change in the future. With so much going on in the crypto market last year, Ethereum now has a clear opportunity to take center stage. One caveat, though, is Williams: “It’s going to have to happen in the next few months. Further delays could cause the market to lose faith in Ethereum at a critical time.”

Similarly, even though gas fees are cheaper than they’ve been forever, Tier 2 needs to be taken off in earnest. Analyst Williams says:

So far, Arbitrum is leading the effort, but its total value locked in is nothing compared to the billions distributed across DeFi in Ethereum. Tier 2 should be easy to convince users to switch, but it’s not there yet. Here’s hoping StarkWare’s StarkNet can live up to expectations.

Compared to this time last year, there hasn’t been much to get excited about in recent weeks due to weak price action, declining trading volumes, and of course all the geopolitical turmoil and macroeconomic uncertainty. According to Williams, 2022 for Ethereum is the most important year of the network so far. “Assuming that internal issues are resolved and Proof-of-Stake is running smoothly, it is difficult to see Ethereum approaching death as it was in the last bear cycle,” the analyst said. In fact, I’m placing my bets on the opposite outcome.”