Home Crypto 2022 Forecasts: These Are Waiting for Bitcoin and Altcoins! 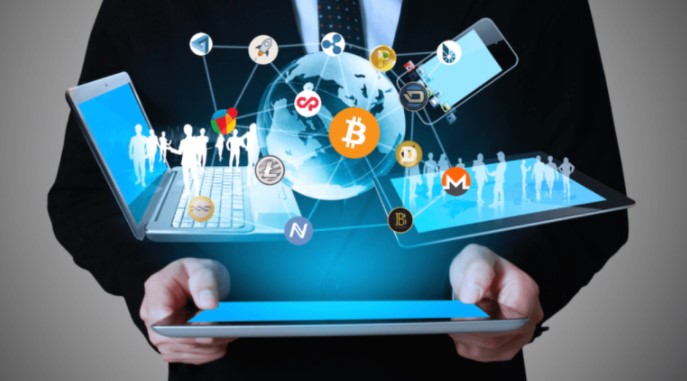 Bitcoin (BTC) price rose more than 70% in 2021 despite the bearish sentiment in China. More earnings are expected next year, according to crypto analyst Hassan Maishera. 2021 has been an excellent year for the broader cryptocurrency market in terms of adoption and price action. The prices of most cryptocurrencies have increased significantly since the beginning of the year despite the recent bearish trend.

2021 is ending and Bitcoin remains the most dominant cryptocurrency in the world. The cryptocurrency’s value has seen a massive increase in value over the past 52 weeks, outperforming many major financial assets like gold during this period.

As we reported on Kriptokoin.com, the increase in institutional and individual investors’ adoption pushed Bitcoin to an all-time high of 64 thousand dollars. However, from May onwards, Bitcoin continued to underperform until September. The poor performance was mostly due to China’s ban on cryptocurrency-related activities.

Elon Musk’s attack on Bitcoin and massive energy use also contributed to the bearish performance. Tesla has discontinued its Bitcoin payment method due to environmental concerns regarding the use of energy for mining purposes. El Salvador became the first country in the world to officially make Bitcoin a legal currency in September. Despite warnings from global financial institutions like the IMF, El Salvador’s adoption of Bitcoin is already bearing fruit.

However, BTC is currently down about 30% from its all-time high and is currently trading around $50,000. The recent poor performance is attributed to selling pressure in China as exchanges shut down their operations in the country and Chinese traders sold their Bitcoin before they lost their money.

2022 is expected to bring further growth to the cryptocurrency market, and Bitcoin in particular. Jack Dorsey stepped down from his Twitter CEO role and renamed Square to Block to focus on developing BTC-centric products. Market experts are optimistic that 2022 will be a better year for Bitcoin. Vijay Ayyar, vice president of institutional development and global expansion at crypto exchange Luno, is confident that the United States will see the first spot Bitcoin exchange-traded fund (ETF) in 2022:

The Bitcoin Futures ETF launched this year has not been widely considered individual-friendly, given the high costs associated with rolling over contracts that are around 5-10%. Increasing pressure/evidence points to approval of a Bitcoin Spot ETF in 2022 as the market is now big and mature enough to support one.

Grayscale has applied to convert the Grayscale Bitcoin Trust (GBTC) into a spot Bitcoin ETF, and many are optimistic that the SEC will approve at least one proposal next year. Kate Waltman, a New York-based certified public accountant specializing in crypto, expects Bitcoin to hit $100,000 in the first quarter of 2022:

The most knowledgeable educators in the space are predicting $100,000 in BTC in the first quarter of 2022 or earlier.

Technical analysis of Bitcoin (BTC) for 2022

According to crypto analyst Hassan Maishera, Bitcoin’s technical indicators are currently negative due to the coin’s poor performance in recent weeks. The MACD line is still in the bearish zone, while the 46 RSI indicates that Bitcoin is facing selling pressure in the market.

However, the analyst states that long-term indicators show that Bitcoin is performing well. BTC is trading above its 200-day simple moving average at $47,272. According to the analyst, technical indicators may improve in the coming weeks and months as Bitcoin is expected to perform better next year.

By January, the analyst expects the selling pressure from China to end and the price of Bitcoin to rise, similar to the mining hash rate. According to the analyst, when this happens, the MACD and RSI will return to the positive zone. According to WalletInvestor’s 2022 forecast, the price of Bitcoin may close 2022 transactions above the $80,000 level.

Bitcoin, ETH, SHIB, and XRP Stare: These 4 Altcoins Have Jumped!