Home Tech 2021, the great year of the FPS! Details 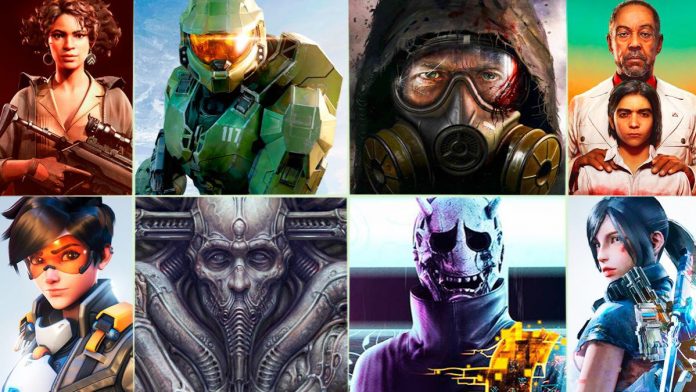 It has lost some relevance, but the first person shooter genre will stomp in 2021. These are all its releases: Halo, Battlefield, Stalker …

Surely more than one, upon seeing the title of this article, lets out a sigh of exasperation and wonders if the year of the shooter is not every year. Especially those less friends of the genre, to whom it must seem that video games live in an eternal groundhog day. Deep down they are not without reason. As our colleague Alberto Venegas said in his four fascinating specials on the history of FPS, it is the dominant genre, one whose success and popularity has never waned (“… and continues to rise thanks to the outbreak of new referents “). However, taking an in-depth look at the catalog of recent years, it is clear that their situation is not the same as a decade ago. First-person action games have lost some relevance and prominence in the PS4 and Xbox One generation. Sandboxes and third-person shooters, for example, have eaten part of the terrain. Proof of this are the following tables, in which we compare the great releases of the genre today with those of its golden age, which began with a 2007 to remember.

As seen in the images, we have lost in terms of quantity, variety and quality, characteristics that have migrated to other genres, not to mention that many of the games on the right are sequels and direct heirs of those on the left. . The most normal thing in the world. Our industry changes, burns stages and moves by fashions. It was impossible for shooters to maintain that rhythm and dominance for more than ten years. And yet, as we said, it is still one of the most prolific and successful genres. Understanding the situation they are currently going through helps to value the 2021 that is coming. Next we are going to review all the FPS that are planned for the next twelve months. It will not take long for you to realize that, if the entire list was fulfilled and there were no delays, this year has little to do with the last and could even rival 2007. Perhaps even inaugurate a new trend in the next generation, that of PS5 and Xbox Series X / S. The number of great names that appears on the horizon is incredible, as well as the ambition of some proposals and the originality and rebellion of others. We, as lovers of the genre, cannot help but rub our hands and welcome with a smile to 2021, the great year of FPS.

PowerPoint on Microsoft Teams Gets Laser Pointer And Pen