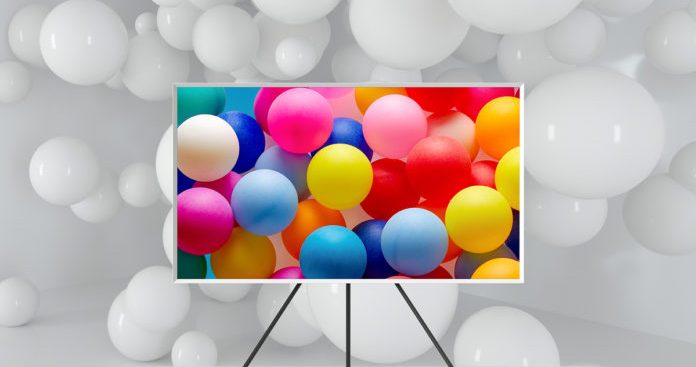 Samsung introduced its 2021 Lifestyle TV series, which it stated designed using new designs and form factors to reflect the changing interests and tastes of consumers. Introduced with Nano QLED and Micro LED TV models, the series includes models including the new The Frame.

First released in 2017, The Frame redefined the concept of television, according to Samsung. It has also turned television screens into stunning works of art while achieving over a million sales figures.

The 2021 model, on the other hand, embraces The Frame’s innovative heritage, revealing a more customizable experience in a thinner design. The Frame is now half as thin as its predecessors and reflects the depth of traditional image frames. The new detachable frame options have five different color options that can adapt to the aesthetic appearance of the room, as well as two different customizable styles, modern and curved.

Members of The Frame’s completely renewed Art Store can access over 1400 carefully selected artworks. Samsung’s new artificial intelligence-supported automatic image selection technology offers each user artwork that they can choose according to their liking.