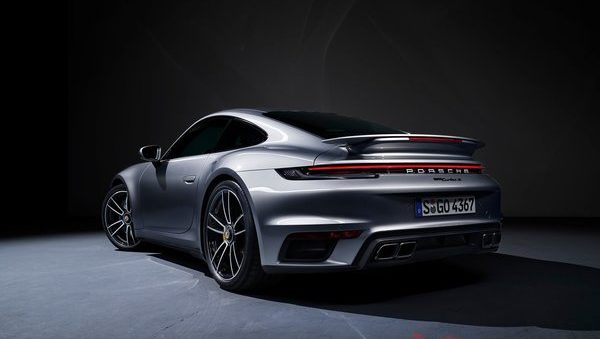 German car maker Porsche introduced the 2021 Porsche 911 Turbo S, the fastest and most powerful car in the 911 series. The new generation 911 Turbo S has come up with features developed over the previous model.

The 2021 Porsche 911 Turbo S was introduced at an event presented by former F1 driver and Porsche’s brand ambassador, Mark Webber. The new generation Porsche 911 model is the fastest and most powerful 911 Turbo car ever.

The 911 Turbo S is supported by an updated version of Porsche’s two turbocharged 3.8-liter flat-bottom engines with two VTG turbos. This modification of the engine increases its 580 horsepower (433 kW) to 640 horsepower (447 kW) and 750 Nm torque to 800 Nm torque, resulting in a great performance increase.

The power boost allows the new 992-generation flagship coupe car to accelerate from 0 to 97 km / h in just 2.6 seconds. The cabriolet version can reach this speed in 2.7 seconds, but both versions can reach a top speed of 330 km / h thanks to the 8-speed PDK transmission. The power of the engine is sent to all four wheels.

In addition to the performance increase, the total width and tire width of the 2021 Porsche 911 Turbo S have also been increased to improve driving dynamics. Adaptive cooling grills are located on the front to improve aerodynamics, while the rear has a larger spoiler that increases the downforce. In addition, the wheel diameters of the 911 Turbo were made for the first time. There are 20-inch wheels on the front with 255/35 tires and 21-inch wheels on the rear with 315/30 tires.

Other performance and handling features from its predecessor to the new 911 Turbo S include Porsche Dynamic Chassis Control, rear axle steering system and ceramic composite brakes. There are also innovations such as sports suspension and sports exhaust system with Porsche Active Suspension Management (PASM) with adjustable wings in the new generation.

When we look at the interior design, the 2021 Turbo S has completely leather-covered seats and edges. In addition, light silver colored carbon fiber coatings adorn the design. The PCM touch screen of the vehicle has a size of 10.9 inches and the sports seats can be adjusted as 18-way electric.

The fourth beta of macOS Monterey 12.1 has arrived!