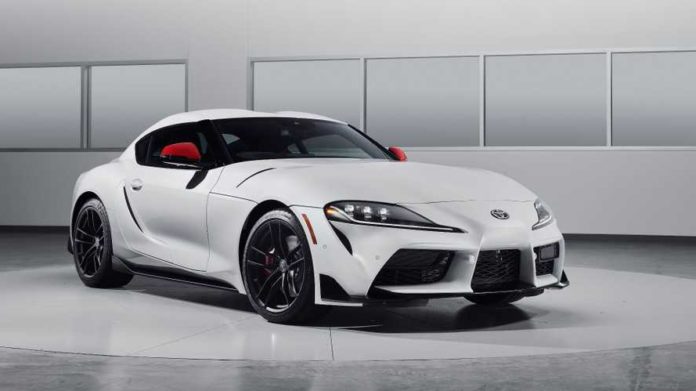 Japan-based automotive giant Toyota is currently working on the supra supra. The company introduced the 2021 model Supra at an event in the U.S. and released details of its new vehicle that U.S. consumers will be able to meet next year. Apparently, Toyota will be facing consumers with a much stronger Supra next year.

According to the statements from Toyota, the 2021 model Supra will meet consumers in different versions. One of them will be 6 cylinders and the 6 cylinders Supra will be called “GR Supra 3.0”. The 6-cylinder version, which will have 382 horsepower, will offer 47 horsepower in 2021, which is not possible to ignore this difference.

The powerful engine of the 2021 model Toyota Supra will reach speed from 0 to 100 km / h in just 3.9 seconds. In the current version, this time is specified as 4.1 seconds. Although there seems to be a slight difference, this difference will make a significant contribution to the Toyota Supra, which is also used in races from time to time. The vehicle will come with an 8-speed automatic transmission in 2021.

One of the indispensables for such a powerful vehicle is of course the cooling system. Toyota engineers used 6 ports and a two-outlet exhaust system to provide better heat management. In addition, engineers have included aluminum materials especially on the side surfaces in order not to lose this increased power to the weight of the vehicle and to keep the vehicle in balance.

There will be a different version of the Toyota Supra. Consumers will not be able to reach this special version, but it is still necessary to mention this tool called “GR Supra GT4”. GR Supra GT4, which will be the most powerful Supra model of 2021, has been specially designed for races and has 430 horsepower. Everything in the vehicle, in which the 6-cylinder engine has a further strengthened version, is specially designed for races.

Since the GR Supra GT4 was developed for racing, all weights in the vehicle were thrown away. This special version, supported by a cage, is almost entirely covered with carbon fiber material. Engineers had the opportunity to reduce the weight of the vehicle by hundreds of kilograms using carbon fiber material. The GR Supra GT4, whose transmission, brake and suspension systems are also harmonized for the tracks, seems to be the choice of the racers in the future.

Patent to be Discussed by Spotify