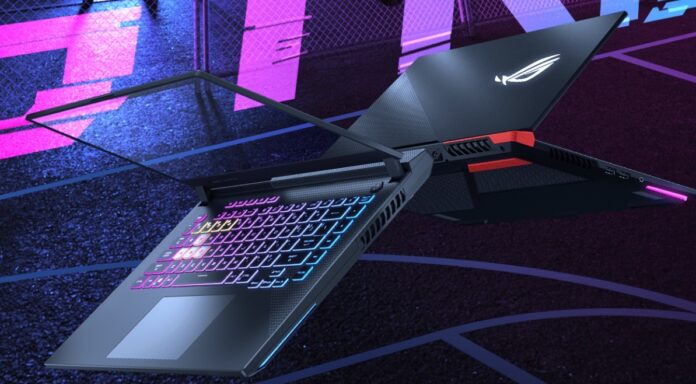 ASUS has confirmed that it will introduce a new version of its ROG Strix laptops developed for gamers at CES 2021 early next year. The Taiwanese computer and component manufacturer will not only renew its computers with NVIDIA Ampere-based GeForce RTX 30 graphics cards, but also offer Ryzen-powered Strix models to users for the first time. The 2021 model Asus ROG Strix laptop model is very ambitious on the panel side in addition to the graphics card and processor.

Marketing materials published by ASUS do not describe the exact specifications of the laptop. However, Chinese website ITHome has revealed more information about the new ROG Strix series. On the processor side, the mobile Ryzen 5000 series to be introduced by AMD at CES 2021 and the 10th generation Intel Core H series will be used. 11th generation mobile processors, which will go through Intel’s 10 nm SuperFin production, will be introduced in March 2021.

On the graphics card side, NVIDIA’s RTX 3060, RTX 3070 and RTX 3080 models will be used. However, we have to point out that NVIDIA’s mobile graphics cards do not exactly correspond to desktop versions. For example, the mobile RTX 3080 has the same technical specifications as the desktop RTX 3070.

One of the most assertive hardware of the 2021 model Strix computers will be the panels. In the new Strix models, refresh rates of up to 165 Hz in 2K resolution and 300 Hz in 1080p resolution will be offered to users as an option.

How long it takes to develop OPPO Interface ColorOS announced