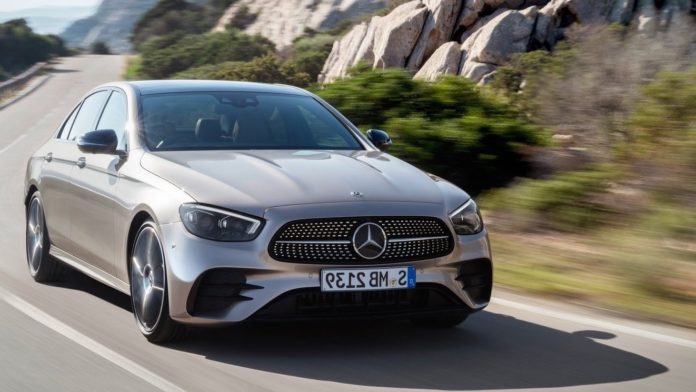 While the Mercedes E-Class is being renovated recently and all of the Mercedes sedan models are facing changes, the C and S class will soon be upgraded to the new generation. The company’s best-selling car, the C-Class, was caught in a convoy while refueling at a gas station in the W206 code model in Northern Europe.

Horizontal tail lights extending to the tailgate
Of course, all the test vehicles in the convoy had plenty of camouflage to hide the updated style of the high-end sedan. The updated new angular headlights, however, are largely appearing by revealing itself behind the camouflage. In addition, the new horizontal tail lights that extend all the way to the tailgate are also noteworthy.

Some of the new cars, which will join the renewed C-Class family with the Modular Rear Architecture (MRA) platform, will also include All-Terrain versions. All features of the model, which is expected to rival the Audi A4 Allroad with the All-Terrain version, are not yet known.

But one of the known features is that special models will use four-cylinder turbocharged and diesel engines. So much so that the flagship AMG C63 is said to have 500 hp. In addition to the tested EQ AND EQS, an electric C Series is also among the options.

Rumor: It will park itself with the app
At this point, the interior is a bit of a mystery, but the W206 announced that a tablet-style touchscreen will be featured on a redesigned dashboard. The infotainment system is said to have a large size to be integrated into the center console around the new MBUX multimedia system. While an advanced autonomous driving and elevated cruise control system is on Mercedes’ agenda, it is also among the rumors that the car is self-parking with a smartphone app.

WhatsApp May Be Working On ‘Communities’ Feature