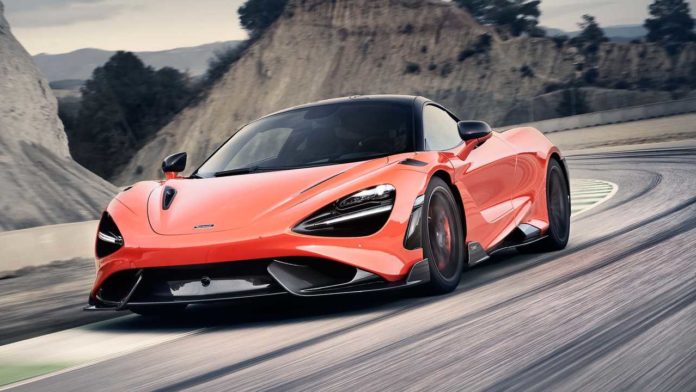 British sports car manufacturer McLaren introduced its new 2021 McLaren 765LT, based on the 720S model. The vehicle, which has a lighter, faster and more elegant form, completes the 0-100 km / h acceleration in just 2.8 seconds.

McLaren announced the 2021 McLaren 765LT, which it planned to introduce at the Geneva Motor Show in 2020, which was canceled due to the corona virus. Built on the sensational sports vehicle McLaren 720S, the new McLaren 765LT is truly a performance monster with its extraordinarily lightweight construction.

At the heart of the vehicle is a 4.0-liter twin-turbo V8 engine that produces 765 horsepower and 800 Nm of torque. McLaren says the car completed 0-100 km / h acceleration in 2.8 seconds and 0-200 km / h in 7.2 seconds. The 2021 McLaren 765LT, which can take the distance of 400 meters under 10 seconds at 330 kilometers per hour, distributes the output power to all four wheels thanks to its seven-speed dual clutch automatic transmission.

The vehicle, which can change gear 15 percent faster than 720S, has an enormous stopping power with carbon ceramic brake discs and calipers. McLaren says the new longtail model reaches 614 horsepower per ton in its driest weight, 1229 kilograms, and is the vehicle with the best power / weight ratio in its class.

As the name suggests, the production of the McLaren 765LT will be limited to just 765 units. The pricing of the vehicle and in which countries it will go on sale has not yet been announced, but it is clear that the car will have a much higher price tag than the standard McLaren 720S, starting at $ 299,000.

Membrane or mechanical keyboard: which is more worth it?