Home Entertainment 2021 has officially become the year of the biggest sales in the... 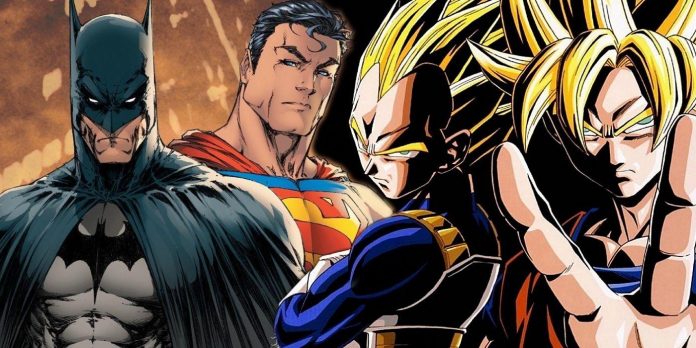 The Comichron and ICv2 report on comic book sales for 2021 has been published, and it paints an exceptionally positive picture for the industry. 2021 was the best year for comic book sales in North America, which reached an impressive $2.075 billion, up 62% from 2020. Manga bestsellers such as My Hero Academia are leading the way, along with graphic novels, but traditional comics are also at the peak of popularity. rise again.

Comichron and ICv2 have been working together on joint market assessments since 2013. Their analysis is divided into periodical comics, graphic novels and digital download sales for their own needs. All figures are calculated based on the full retail price, excluding discounts and extra charges. The Comichron/ICv2 report has proven to be a great tool for analyzing trends in the comics industry, and the data from last year is incredibly encouraging. Comics are healthier than ever: the industry has not just returned to pre-pandemic sales levels, it has completely broken previous records.

Related: Sales of One Piece and Jujutsu Kaisen Confirm That the Manga Industry Is In Trouble

In a tweet, Comichron told how incredible last year’s comic book sales were. Comichron founder John Jackson Miller commented on his sales estimates for 2021: “Publishers have sold more comics than in any other year in the history of the business, even adjusted for inflation.” Graphic novels and manga are still the industry’s most valuable assets (it should be remembered that Comichron classifies manga as graphic novels) with an impressive 76% growth across channels. Nevertheless, periodical comics also showed good results: an increase of 53% compared to 2020. All types of retailers also showed steady growth: sales through comic book stores increased by 60% compared to 2020, and the book channel (including fairs) grew by an astounding 81%. Digital sales increased less, but they lagged behind the colossal growth seen in 2020 thanks to quarantine.

Looking at the trends of the last decade, the comic book industry is experiencing slow but steady growth with a slight decline in 2017. The pandemic did not have much impact on this trend: despite fears of a catastrophe (especially when Diamond, the industry’s largest distributor, stopped deliveries), sales remained stable in 2020 and even increased slightly compared to 2019. Thus, it was very difficult to predict such explosive growth: until now, the biggest year of comic book sales in the modern era was 1993. , with 1.6 billion, which pales from 2,075 in 2021. According to Miller, one of the reasons for such figures is that there are fewer releases compared to the pre-pandemic years, but buyers are willing to spend more money on a smaller range of goods.

This could signal a new trend for major publishers like Marvel and DC, which in the past have been willing to release as many titles as possible to see what will hook readers. However, these figures also confirm that manga is taking over the Western comic book market. Although the sales reports are very encouraging for the industry as a whole, confirming that comics have recovered brilliantly from the pandemic crisis, Western publishers will have to develop a new strategy to counter the “invasion of manga”. However, the Comichron and ICv2 report proves that comics are on the rise!

Bobby Kotick, CEO of Activision, Will Leave The Board Of Directors...