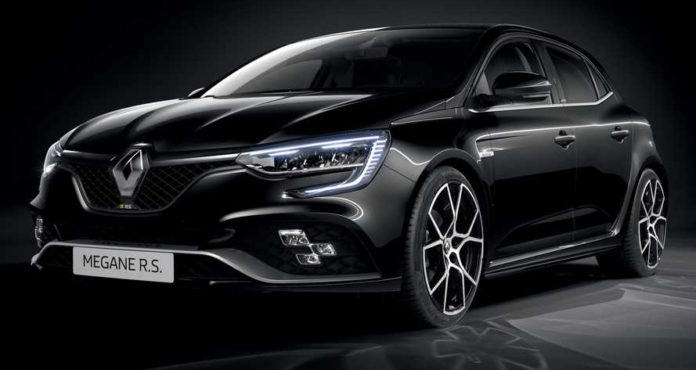 Renault, which has launched fuel miser cars in many countries, including our country, introduced the 2020 Megane family. Planning to enter 2020 ambitiously, Renault announced a hybrid model for the Megane family with make-up.

Renault, a French car manufacturer, is known in many countries for its Clio and Megane models. Considering the gasoline and diesel prices in our country, Renault, which attracts a lot of attention with its fuel sting cars, can be seen on the roads all over our country. Renault models, which do not upset users both in terms of fuel and performance, have been renewed recently and have become quite ambitious in terms of design.

Renault lifted the veil over the facelifted Megane prototypes that it had been testing for a while, and the 2020 Renault Megane model with the facelift finally appeared. 2020 Megane, which comes with slight innovations in the PureVision LED headlights and bumper at the front, will await its owners with new rim options and updated LED taillights. In addition, Renault; As with the Clio 5 model, the sports visual package is named R.S. Line preferred the name.

The interior design of the car has changed from top to bottom:
Most of the make-up Renault Megane change happened in the cabin. The new Megane has a more modern and stylish interior. The digital display panel of the C segment hatchback, which contains the 9.3 inch EASY Link multimedia system, has also been renewed. The 10.2-inch panel now has a more useful and more customizable structure.

Renault also added the Tier 2 autonomous driving feature called the Highway and Traffic Assistant to increase comfort and safety to the new Megane model. In addition, Megane, which comes with an 1.6-liter atmospheric gasoline engine, now has an E-Tech plug-in hybrid system consisting of two electric motors connected to the transmission. The 400 V battery provides 100% electric driving up to 135 km / h and according to reports the vehicle can move with zero emissions between 50 and 65 km.

E-Tech engine with 160 horsepower, now Turkey will not enter the Megane Estate models will be released at a later stage and are also among the options in the hatchback model. The 1.3 TCe engine, available on previous Megane models, will be offered to customers in the new Megane with 115, 140 and 160 horsepower options.

In the diesel wing of the car, there is a 1.5 Blue dCi engine used in Clio 5. Power options starting at 85 horsepower in Clio 5 go up to 95 horsepower in the Megane model. Customers who want more power are offered a 115 hp version.

The sporty members of the family Megane R.S. and R.S. Trophy also seems to have gotten a bit of Megane’s new makeup. Megane R.S., who has undergone an aesthetic operation, offers 300 horsepower. The new Renault Megane is expected to be sold in Europe in the summer of this year.