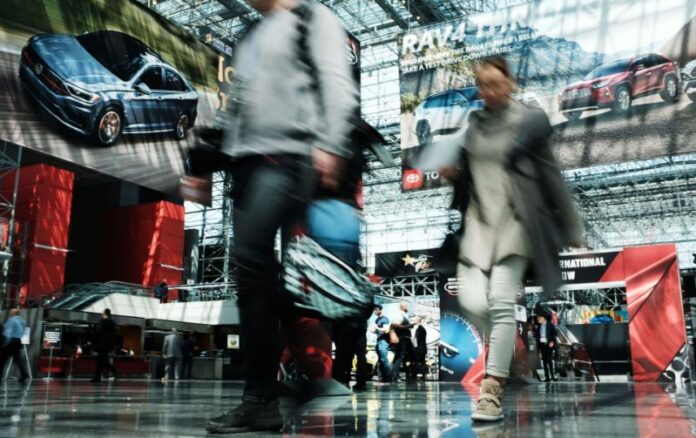 The 2020 New York International Auto Show, scheduled for April, was postponed to August due to the coronavirus outbreak. Since the congress center where the event will take place has been turned into a hospital, the event has been completely canceled.

The coronavirus epidemic, which has been affecting the whole world for some time, has also affected many sectors badly. Under the measures taken against the virus, automakers had to close their factories. For this reason, new cars could not be produced and the automotive sector was hit hard. After all, now the 2020 New York International Auto Show has been canceled.

The event, which was originally planned to be held in April, was postponed to August due to the coronavirus, but on Friday it was announced that the event was canceled. The biggest factor in the cancellation of the event is that the Jacob K. Javits Convention Center has been turned into a hospital within the scope of the fight against the virus. The cancellation of the event was saddened by many car enthusiasts.

Mark Schienberg, President of the Greater New York Automobile Dealers Association (GNYADA), who organized the event, announced that the event was canceled. “We have been working with the governorate and convention center officials since the beginning of the epidemic to protect our participants. Schienberg has been proud of this congressional attitude of the congress center, and we appreciate its readiness to serve.” spoke in the form.

GNYADA President pointed to 2021:
In the continuation of his speech, Schienberg pointed to the event to be held in 2021. “We also understand the great planning that automakers and exhibition partners need to make for an event of this magnitude. Because of the uncertainty of the virus, we feel it is not wise to carry out the 2020 event and we are planning to prepare for a better 2021 event instead.”

The congress center has not yet accepted a patient, but officials think it is always available in case of uncertainty. The 2021 New York International Auto Show, which is expected to be held more effectively than this year, is expected to be held between April 2 and 11. The focus of automakers has completely shifted to this event.