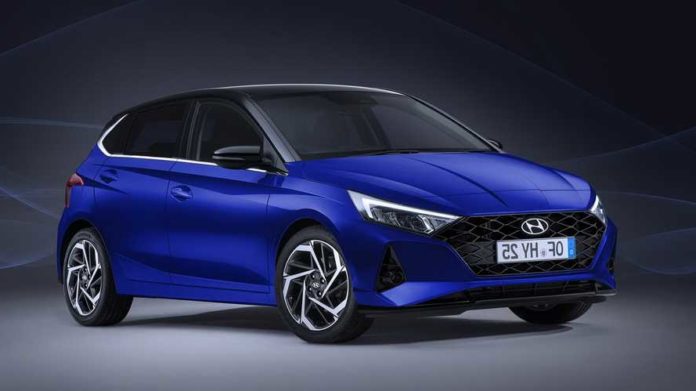 The popular hatchback model of the South Korean automotive giant Hyundai, i20, came up with its new version. The third generation i20, which has a much more modern design compared to its predecessor, draws attention with the technological features it offers.

The new 2020 Hyundai i20, whose official images were leaked the other day, was officially introduced. With its sporty and modern lines, the vehicle stands out with its innovative design. LED headlights, wide hexagonal grille and new butterfly glass in the C-pillar, which are extended according to its predecessors, attract attention as the most important parts that complement the design of the third generation i20.

The new i20, whose biggest change is at the back, looks more elegant than ever, with an edge-to-edge LED light line. The car, which has one of the widest baggage options in its class, offers 25 liters more volume in its new version. The new generation hatchback, which expands about 30 millimeters and extends by 5 millimeters, does not experience serious changes in size but promises a more useful interior compared to its predecessor.

The cockpit design of the new 2020 Hyundai i20 is just as impressive as its exterior. With a driver-oriented cockpit, the car comes with a 10.25-inch digital instrument display and a 10.25-inch infotainment system. Creating a fully digital interior, Hyundai will optionally offer equipment such as wireless charging pad, Apple CarPlay, Android Auto and 8-speaker Bose sound system.

As always, the third generation i20, which does not compromise security, comes with important safety equipment such as lane tracking assistant, blind spot warning system, cross traffic warning system and front collision warning system. The standard model of the new i20 has a 1.2-liter four-cylinder MPI engine that offers 83 horsepower and a 5-speed manual transmission.

In addition, let’s say the vehicle will come with a 1.0-liter T-GDI unit that offers 100 and 120 hp. The new 2020 Hyundai i20, which will be produced at Hyundai’s factory in Izmit, will be exhibited for the first time at the Geneva Motor Show, which will be held between 5-15 March.