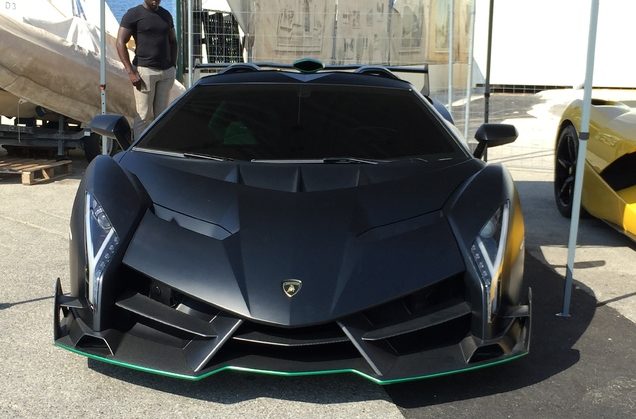 One of the 2015 Lamborghini Veneno Roadster cars, with only 9 in the world, will be auctioned. One of the strongest cars of the Italian giant, it is expected to be sold for around 5m euros.

Lamborghini doesn’t produce ordinary cars and cheap cars, but because they are powerful and stylish. The 2015 Lamborghini Veneno Roadster has only been produced 9, and the second one will be auctioned in Paris next month.

Created to celebrate the 50th anniversary of Lamborghini, Veneno is based primarily on Aventador. The Lamborghini Veneno Roadster has taken the eye-catching design approach, which is the signature of the super car brand, not one but a few steps further. The car is more like a Le Mans race car, or even a jet plane, which can be used on the road.

The Lamborghini Veneno Roadster is a performance-driven, aggressive car with a downward sloping front design, a vent hood, inwardly recessed side sills and a giant rear wing. In addition, the top of the double-door car can be opened. In this masterpiece of the Sant’Agata-based Italian giant, the 6.5-liter naturally aspirated V12 engine was upgraded to 740 horsepower. It took several years to overcome this power with the Aventador SVJ and Centenario, which replaced Veneno and produced in relatively high numbers.

The interior design of the 2015 Lamborghini Veneno Roadster is highlighted in green and matt black on the outside. The first owner of the car was a member of the Saudi royal family. Therefore, it is difficult to say that it is far from showing off.

The car is now getting ready for its new owner. Veneno Roadster is expected to find buyers for around 5m euros at the auction held at Place Vauban in Paris on February 5th as part of Retromobile Week.

Isabelle Fuhrman as Orphan after 11 years

Knife attack near a church in France

Great success for the sale of Redmi K30 Ultra

Samsung and Xiaomi, but Apple has the best selling phone

WatchOS 7 is out; Apple Watch is now more capable!