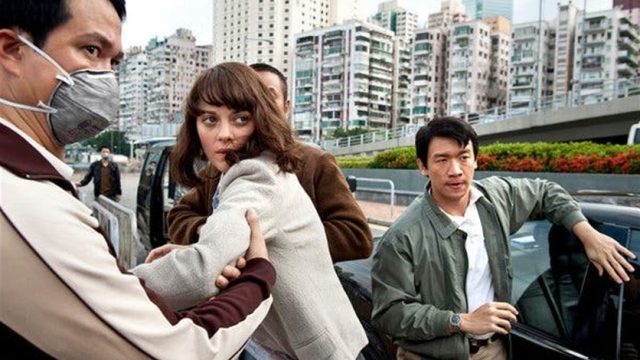 The 2011 film Contagion, which is about a Chinese-based virus, has gained tremendous popularity after the corona virus appeared. The film, which has famous names such as Matt Damon, Marion Cotillard and Jude Law in the cast, has frightening resemblance to the period we passed through.

Contagion, where Steven Soderbergh sits in the director’s chair, puts a mysterious virus in China at its center. Bringing together giants such as Laurence Fishburne, Gwyneth Paltrow, Matt Damon, Marion Cotillard, Jude Law and Kate Winslet, the film was released in 2011 and collected $ 135 million box office revenues worldwide.

Part of the fictional story in the movie Contagion is where we say it is happening in real life right now. As you know, the new type of corona virus, which first appeared in Wuhan, China, has caused more than 100 people to die worldwide so far.

Scientists have not yet found the origin and treatment of this mysterious virus. The first cases in Wuhan, the zero point, were thought to be related to a sea market; however, later research points to a wild animal such as a snake and badger as the center of the virus.

According to the news of the Hollywood Reporter, Contagion became one of the top ten most rented movies on iTunes after the corona virus outbreak. The list can change instantly according to the demand of the users.

However, the movie in question has now dropped to the 15th place; however, the only reason Contagion became popular again after nine years must be the corona virus. There are truly incredible similarities between the story he took at the center of the movie and the period we are going through right now.

According to the latest data released by Chinese officials, 106 people have died from the Corona virus so far. There are 4,630 confirmed cases in the central China of the virus.

The mysterious virus, which first appeared in Wuhan, China in late 2019, has since been detected in a total of 14 countries, including Thailand, France, Germany, Australia, Japan, Nepal, South Korea, Canada and the USA.