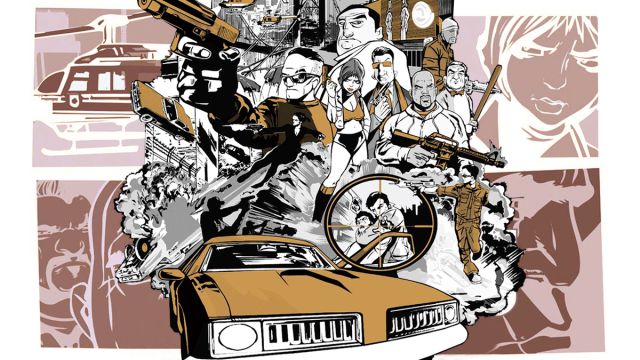 Grand Theft Auto III: Two decades ago, the Rockstar classic took the saga into three dimensions and sparked the fever for open-world gaming. Today we remember its impact. On October 22, 2001, American PlayStation 2 users were able to enjoy Grand Theft Auto III for the first time. The work of Rockstar Games was part of a legendary final stretch of the year for the Sony console, which also received games such as Silent Hill 2, Devil May Cry, Tony Hawk 3, Metal Gear Solid 2, Jak and Daxter or Final Fantasy X ( although here we had to wait until 2002 for some). However, while all those names still resonate now, there is something different about our protagonist today. His legacy goes beyond what he offered as a game, his stratospheric notes (10 on this website, 97 on Metacritic), controversies over his content or his multi-million dollar sales, although all this contributes to the legend.

GTA III not only marked the leap of the saga to three dimensions, but also; It was also the main standard-bearer for sandbox games as we know them today. Watch Dogs, Saints Row, Mafia, Crackdown, Just Cause, Sleeping Dogs … The playable fundamentals of these and many other open-world action and driving titles, including the not so recent —but permanently booming— GTA V in its own series, can be traced back to this 2001 game. Like pioneers like Super Mario Bros., Metroid or DOOM, GTA III did not invent a genre in the strict sense, but it did consolidate its foundations and popularize a formula that would later inspire imitators with a greater or lesser degree of creativity. Of course, he also drank a lot from previous works, inside and outside his franchise, and that cannot be left aside. Because GTA III is already 20 years old, but its history goes back much further.

DMA Design and the body harvesters

And there was a time when Rockstar was not even called Rockstar, although it was already signing successful games: in 1991, a saga of puzzles called Lemmings put DMA Design on the map, a Scottish studio founded in the late eighties that de Overnight it was seen selling millions of copies and entering the orbit of Nintendo: when Sony acquired Psygnosis, publisher and owner of the Lemmings license, Mario’s company jumped into the ring ready to find a new ally to develop in the next Nintendo 64. This collaboration bore its first fruits on the SNES, through an unusual title of racing and tricks with unicycles (Unirally); But in 1995, during the first official presentation of the catalog of the new console, the world could already take the first look at Body Harvest: a 3D action game with open scenarios, firefights on foot and driving vehicles such as cars, tanks, boats or helicopters from which we could also fight.

It was a very promising proposition and advanced to everything there was then, but also very green despite its initial intention to be released next to the console, since DMA did not even have access to the real specifications. To this technical complication it was soon necessary to add the mediation of Nintendo in aspects of the design: far from limiting itself to publishing the game, the Japanese company made part of the team travel to Kyoto to discuss the particularities of the project, impose some changes and share experiences with its employees (including Shigeru Miyamoto), with a view to cementing a second party relationship like the one that was already working so well with Rare. This trip benefited the structure of the game, which turned towards adventure with more elaborate missions than simply shooting giant insects, but it lengthened development and ended, paradoxically, creating a greater distance between the two parts: several months after their In conclusion, Nintendo decided not to publish the game, so DMA had to finish it on its own and find another publisher to sell it.

The scariest moments of the “Real Housewives” franchise