Home News $ 20 Trillion Indemnity Case Against China on the Ground that COVID-19... 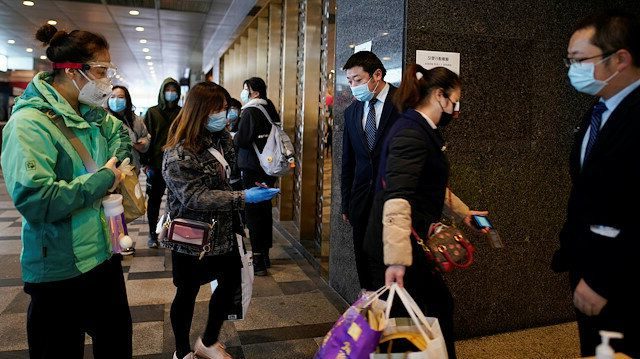 The new type of coronavirus, which has been transmitted to more than 700,000 people to date, is one of the leading conspiracy theories about the epidemic that it is actually a biological weapon. A group of US lawyers, who use this theory without a primer as a basis, filed a lawsuit for damages to China, the first place of COVID-19.

Nowadays, countries around the world are fighting the new type of coronavirus outbreak, a group of US lawyers filed a lawsuit against China, known as the country where COVID-19 cases were first detected.

In the case filed by former US Department of Justice prosecutor Larry Klayman and the nonprofit lobbying organization Freedom Watch to the Chinese government, Chinese army, Wuhan Institute of Virology and director of the institute Shi Zhengli, and Chinese army Major General Chen Wei, a compensation of $ 20 trillion is requested.

Claiming that the virus was produced at the Wuhan Institute of Virology, and spread from there, lawyers accuse Chinese officials of providing financial support to terrorism, conspiracy to cause damage and death to US citizens, and biological attack.

In addition to all these accusations, activist lawyer Klayman, a member of the Republican Party, and his colleagues claim that the Chinese doctors who warned the world about COVID-19 disease have been silenced. It turned out that a doctor working in Wuhan Central Hospital wanted to be silenced by the police since it made a warning about the virus in the early hours of the epidemic.

The Beijing government, which informed the World Health Organization (WHO) four weeks after the first cases were identified, apologized to the doctor and his family after his efforts to cover up the outbreak were observed. In the meantime, let’s also mention that the doctor named Li Wenliang died because of coronavirus.