Home Entertainment 2 years after the cancellation of Live PD returns to television with... 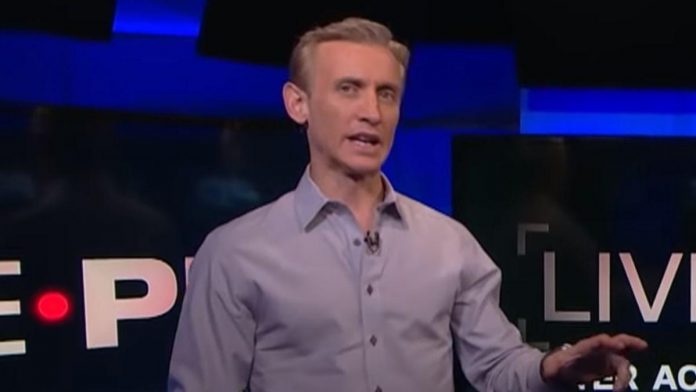 After May 2022, many TV shows were canceled, giving fans of shows like Magnum P.I. the task of convincing other networks and platforms to revive them. For anyone who has spent the last two years hoping that the cable hit Live PD will find a new life, can now rejoice, for the most part, since the format has been essentially revived under a new name and on a channel other than its pre-cancellation. houses in A&E. Mark in your calendars the upcoming appearance of On Patrol: Live, which will premiere this summer on REELZ.

Anyway, On Patrol: Live is just a working title at the moment, and it may well change before the series actually comes out on REELZ. But even though these details and the network are different, fans of Live PD will still see some familiar faces in the form of Dan Abrams from ABC News in the spotlight (at least in studio segments) as the host of a new project. together with the sergeant. Sean “Styx” Larkin, a retired Tulsa police veteran who has long provided key information about the legal and power sides of things.

It is planned that On Patrol: Live will capture the audience for the summer weekend, and REELZ will broadcast large blocks of new episodes on Friday and Saturday evenings, starting at 21:00 Eastern time and ending at 00:00 Eastern time. During a live broadcast from the filming of Dan Abrams and Sergeant. Styx Larkin will be joined by Deputy Sheriff Curtis Wilson —commander of the Richland County Sheriff’s Department unit in Columbia, South Carolina—to provide minute-by-minute analysis and context of video footage of police officers patrolling various areas. and various departments across the country.

This needs to be followed live, and you can bet that viewers will be happy to do it too. Especially considering how many people regularly watched Live PD and its various spin-offs and related series on A&E during the four years of the flagship’s existence. According to summer reports about the cancellation of Live PD, the cable channel lost almost half of its audience after the series stopped airing.

Here ‘s what Dan Abrams himself said about the upcoming series:

Law enforcement agencies are at the center of a nationwide discussion, and we hope that showing the work of police officers live will provide viewers with direct access to the work they do. I am very glad that our team is finally back together, and I am glad that REELZ has committed to making this show the center of its network.

On Patrol: Live will be produced by Half Moon Pictures, a new banner company specifically dedicated to investigative content from Big Fish Entertainment, the company producing Live PD. The pickup somewhat mirrors the revival of Fox Nation COPS in September 2021, a year after Paramount Network canceled it.

Both Live PD and COPS were canceled at the same time, that is, after the murder of George Floyd in June 2020. In both cases, the episodes were taken off the air before being completely canceled, although the situation with Live PD was more complicated. A month earlier, A&E ordered another 160 new episodes of Live PD, but the show caused a negative reaction after it turned out that the footage was intentionally destroyed in connection with the murder of Texas resident Javier Ambler with the participation of police in March 2019. At the time, Williamson County Sheriff Robert Chody was charged and arrested in connection with the incident (once in September 2020, a second charge was filed in April 2021), as were two of his former deputies.

So it’s easy to see why all the participants wanted to get away from the Live PD branding before returning to television. Stay tuned to find out more about the exact date of the debut on REELZ, but check out our TV premiere schedule for 2022 to find out what new and returning shows are being prepared.