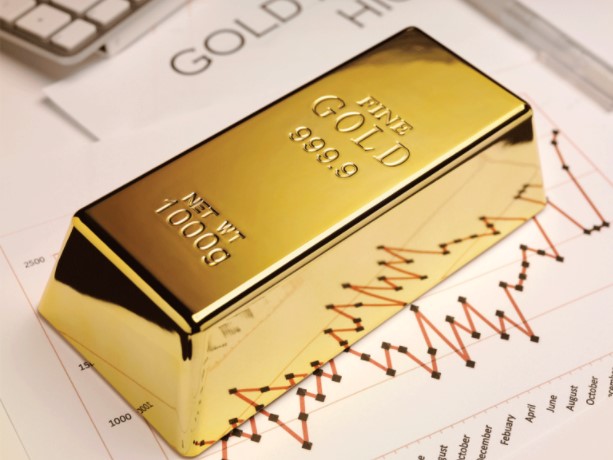 Gold prices rose on Thursday and continued to climb as conflicts in Eastern Europe intensified and the hopes of ending negotiations to end the Russia-Ukraine conflict. Speaking of the speeches of the head of the US Federal Reserve and the Russia-Ukraine tension, what are the analysts waiting for now?

“The Ukraine conflict has added another major source of support to the bottom, but the precious metal was already bullish before all this happened,” Fawad Razaqzada, market analyst at ThinkMarkets.com, said in a research note on Thursday. The price increase for the precious metal came as Russian troops advanced into southern Ukraine after taking the city of Kherson and moving towards Zaporizhya.

Gold and other precious metals are sought after as investors turn to the perceived safety of these ports amid geopolitical uncertainty. Razaqzada said that doubts about the possibility of a ceasefire in Eastern Europe support buying gold bullion. April gold futures settled at $1,935.90 an ounce, after falling 1.1 percent on Wednesday. The precious metal has been tracking a weekly gain of 2.6 percent so far, marking its fourth positive week in five weeks.

Investors are also following the path followed by monetary policy. Federal Reserve Chairman Jerome Powell told the House committee he would propose a quarter-point rate hike in two weeks to fight inflation. A day after saying this, he made a statement to the congress on the second day. “We’re going to see upward pressure on inflation, at least for a while,” Powell told the Senate Banking Committee on Thursday. “Right now, it’s important for us to be careful in the way we conduct policy because things are so uncertain and we don’t want to add to that uncertainty.”

“Against this backdrop, I expect gold to rise well above $2000,” Razaqzada said. Ricardo Evangelista, senior analyst at ActivTrades, said investors “have taken a balancing act, taking into account the increased geostrategic risk posed by the ongoing war in Ukraine on the one hand, and the measurement of the Fed’s approach to tighten monetary policy on the other.”

Ambitious move from Coinbase: It will create its own NFT market!