Home News You 2: Does the second season have another ending? 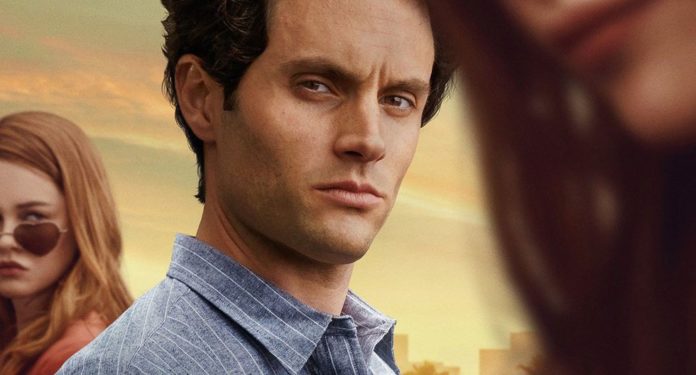 You 2: does the second season have another ending? This is what happens in the book Hidden Bodies. The second season of You could have a different ending to what we saw, according to the books written by Caroline Kepnes.

You 2 became a resounding success on Netflix. In the new episodes of fiction, starring Penn Beadgley, Joe tries to leave behind a past that persecutes him and moves to Los Angeles, where he begins a new life and finds a new romantic interest – or, rather, a new obsession.

Joe is now behind Love , a young girl he met at a food store and quickly catches his attention. But all is not hope for him: Candace returns to history , his ex-girlfriend whom he believed dead.

When Candace thought he finally caught Joe and saved Love from becoming the next victim of ‘Will’, it turned out that Love was worse than Joe himself. Moreover, it was she herself who killed Delilah to prevent their relationship from ending, and when the time came she did the same with Candace .

But another victim of this situation was Forty , Love’s brother came to investigate everything about Joe’s past , so he wanted to save his family, so he doesn’t hesitate to kill his ‘brother-in-law’, but in the end he was shot down For the police.

But in the books, this character would have another twist and most likely, the ending would be very different and here we tell you.

WHAT HAPPENED WITH FORTY IN THE BOOKS?
The second season of You could have a different ending to the one we saw, according to the books written by Caroline Kepnes, the first called as the series and the second: Hidden Bodies , in which inspiration was taken for the second installment of the production , but with some freedoms like the aforementioned outcome.

In the novel, Forty after finishing Candace and investigating everything about Joe goes to Las Vegas in search of his typical nights of relief and excesses. Joe must follow his trail if he wants to keep Love happy, however, instead of taking him as an obstacle, he takes the opportunity to try to kill him, since his beloved’s brother has inquired deeply into his past and does not want everything to be thrown away. To lose because of him. The plan to get rid of him is to drug him and take him to a motel located in the bowels of the desert. Once this is achieved, drown it in a hot spring.

It seemed that Joe had had his way, but it turns out that his victim survived and ends up in a hospital. Now that he knows how well Will is also willing to go in order to hide his past, Forty decides to return home with the intention of negotiating with Joe: in exchange for not revealing the truth to Love, the protagonist will write the scripts so you can produce them. It seemed that Forty had been spared the clutches of death, but suffered a car accident and died accordingly.

This is how the ending was much less dramatic in the books and left out of the formula Love, who did not have to witness his brother’s death. Obviously in the series we saw something different, but Forty also failed to survive, although the fact that his sister has witnessed his death could influence the plot of the third season, which has already been confirmed by Netflix.

Realme 7 5G was launched in Brazil at a price of...

Meghan Markle and Prince Harry reconciled with Kate and William?