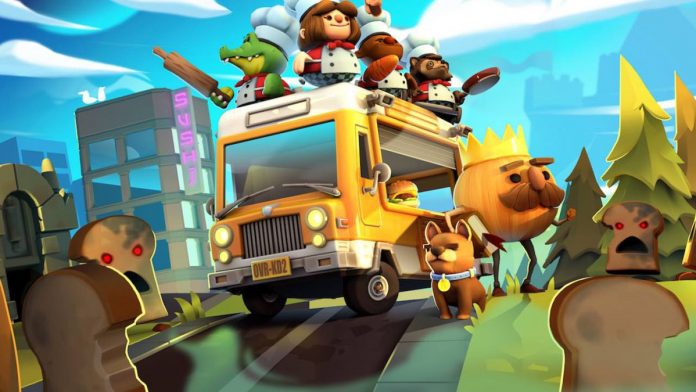 Nintendo announces a new trial of free play for a limited time for its current console, this time, with the Overcooked stove as protagonists.

Nintendo has announced a new free play trial for Nintendo Switch following the recent promotion with Dead Cells; so much so, that now you can play Overcooked! 2 for a week completely free via Nintendo Switch Online. Thus, subscribers of Nintendo’s premium online service will be able to download the title of Ghost Town Games and Team17 from today February 10 until 08:59 hours (peninsular time) next day 17 of the same month.

Thus, and for a full week, subscribers to Nintendo Switch Online will be able to download and access all the base content of Overcooked! 2, the lively and lighthearted culinary minigame game, also available on PC, PS4 and Xbox One. “Work as a team to reach the highest score in chaotic multiplayer games. In addition, new cuisines are arriving, ranging from sushi restaurants to magic schools and mines. Cook a lot of new recipes that include sushi, cakes, burgers and pizzas! ”, We can read in its official description.

A title as fun as it is addicting, especially if you have up to four friends to enjoy the chaotic recipes of Overcooked! 2, to achieve the three stars of each level in anthological piques. Don’t miss our impressions of Overcooked! 2, a title that “gives us back all the madness and the version of the previous title. In this, we had to forge our career as a cook through a trip through different regions with two restaurants, in which we had to manage a kitchen in surreal conditions, such as moving dishes between mobile platforms, controlling the changing modules of the deck of a ship, or ice skating while we tried not to spill our ingredients. ”

“The purpose of this culinary apprenticeship was to prepare for the final fight against the Eternal Glutton, a colossal monster that evoked the Flying Spaghetti Monster, and prepare its profuse menu in record time on the top floor of a building under construction.”