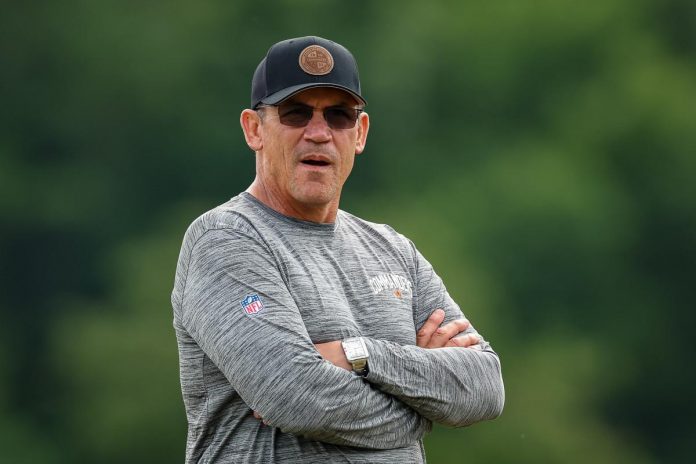 Smith was fined $50,000 for conducting prohibited one-on-one linebacker drills against a linebacker, and Rivera was fined $100,000 for excessive contact during practice drills. According to ESPN NFL insider Dan Graziano, Washington also lost two OTA workouts in the 2023 season.

“A small price to pay for one-on-one fame. The real ones know,” one fan wrote about the Texans’ penalties.

“Wow! Football players are hitting each other, it’s a shock! Absolutely ridiculous,” another added.

“#The commanders were fined $100,000 for excessive contact during training. Are you serious #NFL!? This is football! Give me a break,” said another.

Live contact during OTA is prohibited under the league’s collective bargaining agreement. Teams must wait until the end of the training camp to put on the shields and increase the intensity level.