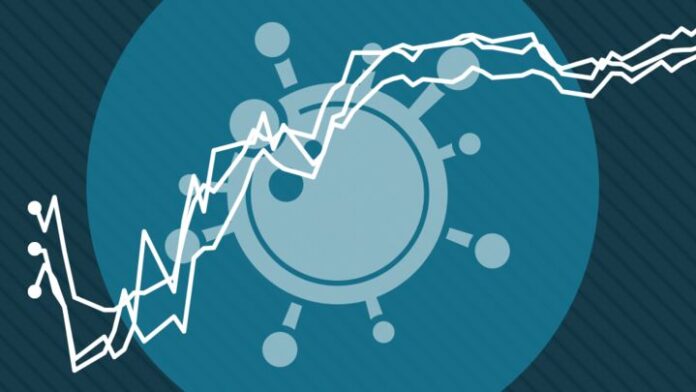 According to a new study conducted in the USA, 2 meters of social distance is insufficient in the epidemic process. Tests show that droplets that appear with cough can reach up to 3 meters in a short time.

Scientists stated that due to the coronavirus outbreak, people should put a 2 meter social distance between them. However, researchers at the Florida Atlantic University in the U.S. have done a new study revealing that the two-meter distance is insufficient.

Engineers at the Florida-based institution have created a model that simulates the spread of cough droplets to determine the distance that the coronavirus can travel as soon as people cough. According to experts, when we cough, the droplets that we spread can spread up to 3 meters in a short time.

The research team used a laser system to show exactly how far such droplets went, and a mixture of water and glycerin that had the same size and weight as small liquid droplets of 10 to 20 microns in size that appeared when coughing.

The simulation showed that the droplets could reach a distance of about 1 meter in less than two seconds. The droplets were able to reach up to two meters in 12 seconds, and after 41 seconds passed, he covered a distance of 2.5 to 3 meters. Previous tests revealed that the cough had more than 3.5 meters of area of ​​influence and the distance varied depending on the weight of the droplets.

It is important to wear a mask to prevent the spread of coronavirus.
Dr. of Florida Atlantic University, Ocean and Mechanical Engineering Department. Manhar Dhanak said in the simulation that some droplets fall with gravity, some hang in the air and rise due to the thermal currents surrounding us. In the video, it was emphasized that wearing a mask can help spread the droplets, although it is not 100% effective.

Dr. of the University of Maryland. Noting that wearing a mask is irresponsible, Donald Milton said, “Surgical masks slow the exit of cough, preventing the spread of droplets.”

Video showing how cough spreads in the air:

Kim Kardashian: his rare and beautiful declaration of love to Kanye...

Spider-Man May Present in the New Marvel Movie Morbius

ARIANA GRANDE RETURNS TO THE LIST OF MOST LISTENED WITH A...

Important Information About Moon Dust Was Found In The Research