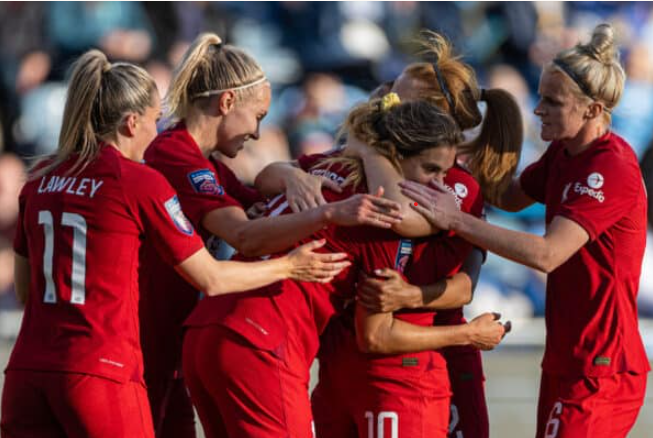 Shanice van de Sanden played a crucial role for Liverpool women as they fought back to salvage the last point in a 3-3 draw at Brighton on Sunday.

It has been a difficult few weeks for Matt Beard’s team, who went to Brighton after five consecutive league defeats, as a result of which the Reds found themselves dangerously close to the only relegation point.

That is why Missy Bo Kerns’ first game after the 17th minute was greeted with delight, as her first finish was achieved thanks to Melissa Lawley’s direct work in the build-up.

Then the situation for Liverpool took an unpleasant turn: Brighton scored three goals in just 13 minutes of the first half, as a result of which Byrd went with his team to the dressing room with the score 3: 1.

Liverpool have often managed to keep their opponents from scoring quick goals throughout the season, but in this case they got away with it in the first half.

And it was Van de Sanden who helped the Reds to climb out of the hole they had dug, her entry at the beginning of the second half gave the necessary impetus to the attack when Beard tweaked his setup.

The Dutch forward has been virtually unavailable this season due to injury, but showed exactly what she can bring to the team, only in her third match of the season.

Having gained momentum in the half of the Brighton field, van de Senden finally broke the resistance of the hosts with a header into the back post thanks to the canopy of defender Emma Koivisto.

The score is 3:2, 14 minutes before the end of regular time, the game continues.

But Van de Sanden kept her cool, moving to the right flank and making a brilliant cross to Furness to decisively finish the score 3-3 – the relief from Liverpool was immediately noticeable.

The draw adds a valuable point to Liverpool’s tally, bringing them to four and keeping the Reds above Reading and Leicester, they will play the former in their next league game.

Todd & Julie Christie Could Get a Harsh Sentence, Legal Expert...