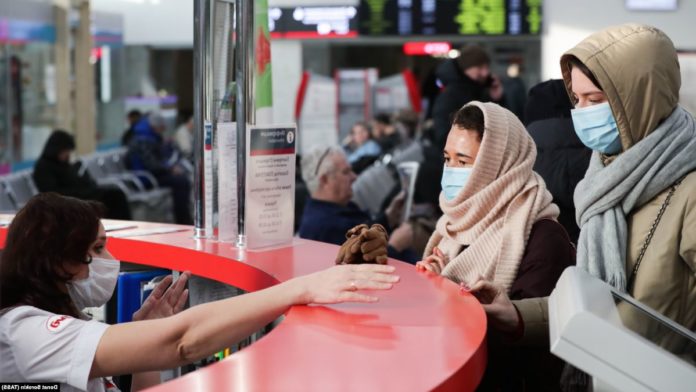 After the emergence of China in Wuhan, the new news about the Corona virus epidemic that spread rapidly around the world came from Russia this time. 2 case reports reported from various regions of the country were confirmed by the authorities.

Corona virus was detected for the first time in Russia. Russian Deputy Prime Minister Tatiana Golikova said in a press release to journalists in the capital Moscow that the cases of Corona virus have been confirmed in Russia, in the Zabaikalsky region in the south of Siberia and in the Tyumen region.

Golikova also reported that patients were under observation. According to the statements, two patients are known to be Chinese nationals. Cases confirmed by Russia show that the virus has spread to more and more regions.

Russia restricted visas for China:
It was confirmed by Rospotrebnadzor that the condition of two patients infected with the Corona virus is currently stable, without clinical signs or high fever. Stating that they have taken various measures and new decisions regarding the epidemic, Golikova said, “We will immediately evacuate Russian citizens in the Hubei region of China. We will also limit the entrances and exits at our Mongolia border. ”

According to preliminary information, 300 citizens live in Wuhan and 341 in other regions of Hubei province. It is not yet known how the Russian citizens will be evacuated. Golikova announced that they also decided to stop issuing work visas for Chinese citizens. There will be those who remember; Russia had previously decided to close its border with China.

Reminding that the World Health Organization has declared an international emergency for the Corona virus, Lindmeister added that states should take measures to protect their citizens from the virus in accordance with their sovereignty rights. The latest situation of the virus, which has had a huge impact worldwide, and new measures are expected with concern.