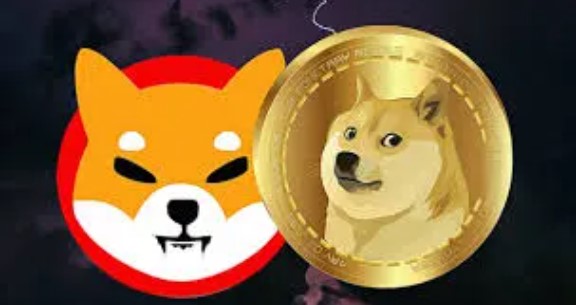 Shiba Inu (SHIB) price confirms the idea of ​​further selling as the bulls do not retaliate against the downtrend. As Dogecoin (DOGE) price is crushing under pressure, analysts are finding a bullish pattern in Dogecoin that could rally.

The lack of bullish momentum in the price of the Shiba Inu (SHIB) seems to herald another drop expected in the very near future. The Shiba Inu price has been fluctuating in the 12 percent range for almost a week as the bears failed to gather significant strength. The Shiba Inu’s seemingly tight price action can be viewed as a smart money consolidation tactic before another sell-off occurs.

Shiba Inu price provides further bearish bias using the Relative Strength Index. The 4-hour chart appears to be laden with negative reversal signals as the indicator failed to gain bullish momentum despite the SHIB price rising. The RSI may be trying to warn traders that the uptrend is coming to an end as the bears seem to be triggering an important counter-trend threshold. The invalidation of the bullish thesis is a breach at $0.00001375. If the bulls can claim this level, there is a chance for a price increase to $0.00001650, resulting in an increase of about 40 percent from the current SHIB price.

Dogecoin prepares to make a comeback

In a tweet, Dogecoin co-creator Billy Markus suggested a two-stage course of action for willing investors to “research the fundamentals of cryptocurrencies and the markets in general, and then plan.” Investors believe Markus’ tweet refers to Terra’s LUNA and UST collapse, where the algorithmic stablecoin TerraUSD lost nearly 97 percent of its value in a week. In less than seven days, Terra’s massive collapse has been likened to a “bank run” in cryptocurrency, destroying approximately $39.2 billion in the market capitalization of Terra’s LUNA and UST.

The massive drop in the crypto market triggered by the Federal Reserve tightening its monetary policy and the stabilization of stablecoins after the UST wiped out Dogecoin profits and caused it to lose about 37 percent in the last two weeks.

If this indicator materializes, Dogecoin could rally 15%

The number of Dogecoins held in dormant major wallet addresses has increased significantly since the beginning of 2022. The increase in the number of wallets kept inactive in DOGE is a bullish indicator. The cryptocurrency held dormant is effectively withdrawn from the circulating supply, reducing it and increasing the price. Major wallet investors have been bullish on DOGE, accumulating and holding DOGE since early 2022; however, a few market participants debuted. The total number of active addresses hit an all-time high of 748,890, in March 2022, but it fell sharply as market participants exited DOGE.

Despite the recent pullback in Dogecoin, analysts remain bullish on DOGE. Dogecoin price has not recovered from the market correction and has fallen by around 5 percent in the past 24 hours. However, analysts have evaluated the Dogecoin price chart and identified a technical pattern that, if it does happen, would mean a trend reversal and a breakout in DOGE. Analysts have identified a symmetrical triangle pattern on the intraday chart of Dogecoin. This pattern is considered bullish for DOGE. If successful, DOGE could witness a 15 percent price increase. Analysts noted that DOGE is currently testing the lower boundary of the pattern and this could result in a bearish breakout. If the price crosses the lower bound and the bullish triangle pattern in Dogecoin price fails, it could result in DOGE price breaking out instead.

Surprising Comment from Famous Analyst: This Cryptocurrency Rises This Way!