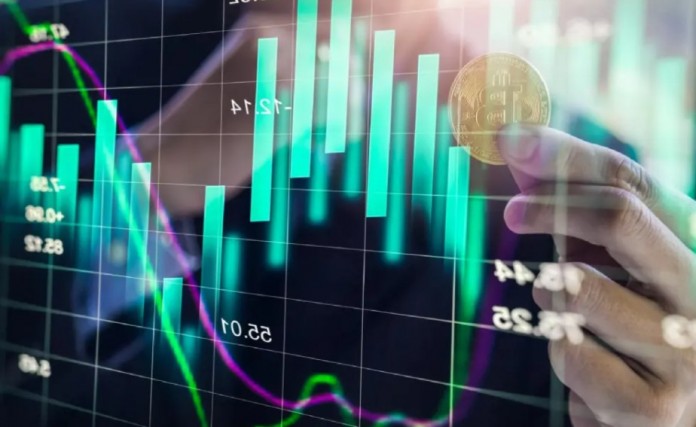 Bulls continue to dominate the cryptocurrency market, but Bitcoin and some altcoins may face a correction phase. We take a look at the technical comments by Denys Serhiichuk and Akash Girimath, analysts with these views. How high can Bitcoin, SHIB and Dogecoin rise? Analysts set peak prices after a correction.

Bitcoin bulls did not let the $60,000 support break and the decline was stopped at $59,500. A quick rally from this psychological level propelled BTC price above $62,000. At the same time, the price could not stay above this level for long and consolidated sideways, returning to the average prices area. Analyst Denys Serhiichuk says the bulls are holding the psychological support of $46,000 and Bitcoin’s targets of $64,895 are strong. At the time of writing, BTC is trading at $62,398.43 with weekly gains of 6.45%.

SHIB analysis shows it is among the top losers, down 3.33% in the last 24 hours. Dogecoin is traded in a similar way to DOGE, as its competitor has a wide range. Also, sales volume is low, which means further growth is more likely than decline. The downtrend could continue and SHIB could accumulate more energy for a sharp rally. The cryptocurrency, which ranks 9th by market value, changes hands at $0.00006582.

Dogecoin is the most critical cryptocurrency on the list. Its price is down just 1.49% since yesterday and it continues to trade in the channel between the $0.2405 and $0.3495 resistance. According to analyst Serhiichuk, the struggle between bulls and bears did not overtake the initiative, which is also confirmed by the low trading volume. In this case, the more likely scenario is for it to continue trading sideways in the region around $0.28.

According to Akash Girimath, Dogecoin is in the accumulation phase

Dogecoin price remains between the $0.226 and $0.343 resistances, as he expects a move above the levels. Therefore, traders can wait for DOGE to trigger a rapid rise before retesting a support level. It is also likely that market makers will opt for a run above $0.343 to gather liquidity holding in the form of buy stops. Therefore, the analyst says that investors can expect a 25% increase for the Dogecoin price in the near future. 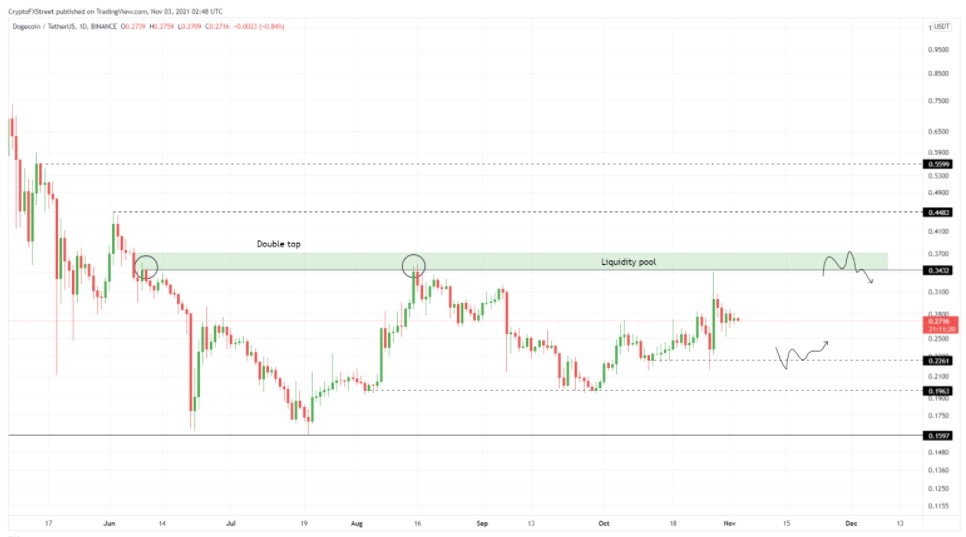 How High Can Bitcoin, SHIB, and DOGE Rise?

Also, in the continuation of this uptrend, if DOGE makes a decisive daily close above $0.343, the chances of a continuation of the uptrend will be greatly increased. However, failing to do so could result in a decline that retests $0.226. On the other hand, if Dogecoin price fails to climb higher, the analyst says a retest of the $0.226 support could be made. While DOGE is likely to fall below this barrier, a one-day close above it will show the will of the bulls to push DOGE price higher.

Finally, a daily close below $0.196 will invalidate the bullish argument. In such a case, Dogecoin price will drop further and retest $0.16. From here, it will restart an uptrend to gather liquidity above $0.343.

Legendary Analyst ApeCoin Awaits These Levels In Solana And ETH!