Home Sport 2-1. Dortmund suffers but wins and achieves the pass to eighths 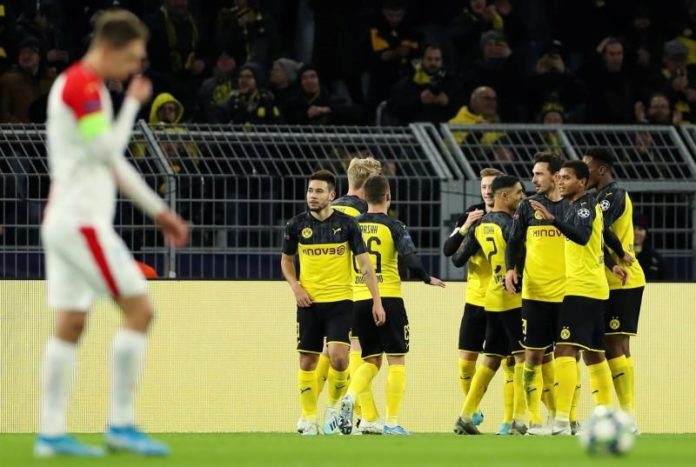 Borussia Dortmund on Tuesday won a 2-1 victory that gives him the qualifying round of 16 of the Champions League, against Slavia Prague who gave everything despite not playing anything and put the German team in trouble.

Dortmund had a good start and took advantage in the 10th minute, through Jadon Sancho, but then wasted two clear chances, both on the feet of Marco Reus.

In addition, it allowed a lot in defense, which gave strength to the Slavia, which began producing serial arrivals until Soucek achieved the tie in the 43rd minute.

A few seconds before Sancho’s goal, Slavia had a great chance with a header from Olayinka to which goal Roman Bürki reacted with a great stop.

The peace of mind for the home team seemed to come immediately when Julian Brandt made a deep pass to Reus, who, after arriving in the area, center to Sancho and he scored. But Dortmund was suffering until the end.

Reus missed the second twice, only against the Kolar goal, first in the 15th minute after a long pass by Mats Hummels, and then in the 23rd after a ball recovery.

Behind, meanwhile, Burki had to put out fires with several good stops, including one with an incredible sample of reflexes in the 34th minute before a shot by Masopust that hit Hummels and changed trajectory.

The Slavia, who played nothing, came to the area frequently and gave spaces to the Dortmund, which, however, stopped playing creating dangerous situations in attack.

Soucek balanced the balqanza shortly before the break and Dortmund managed to reassure the actions a bit at the beginning of the second half and on the first offensive play worth mentioning he again took advantage in the 61st minute through Brandt, who scored within the area with a shot to the first post, after receiving a pass from Sancho.

Slavia continued to have occasions, Bürki had to continue putting out fires and from minute 77 Dortmund was in numerical inferiority by the expulsion of Julian Weigl.

Only at the time of the final whistle – the ball just passed by touching a Bürki goalpost – the Dortmund could be sure of the victory.

Incidents: match of the group stage of the Champions League played at the Signal Iduna Park in Dortmund.