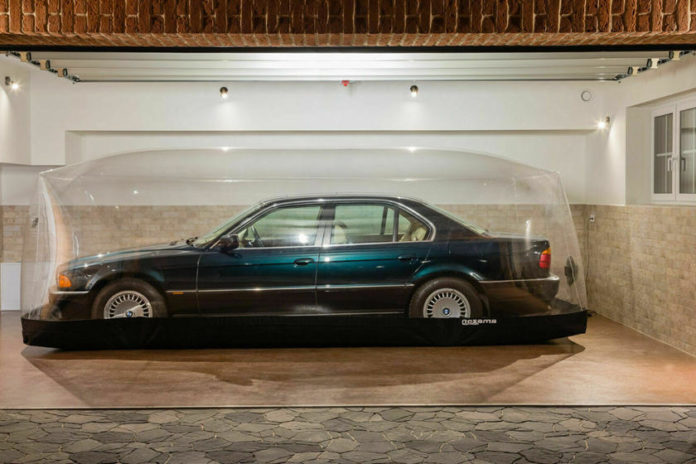 A 1998 BMW 740i in the air capsule went on sale on eBay. The car, taken by the owner from the dealer to a warehouse in Poland, has been waiting in an air capsule for years.

An interesting car ad was posted on eBay’s Germany site. In September 1997, the 1998 BMW 740i, which was bought by a woman born in 1927, was put up for sale by auction. Just over 255 kilometers, the car has been kept in a warehouse in Poland for years.

It is not known what happened to the woman, the first and only owner of the car. But someone put the BMW 740i in an air-circulating air capsule, and the car has been waiting that way for nearly 23 years. The vehicle is thought to travel only to the warehouse after purchase. It is also stated that no changes have been made to the car since it was purchased from the dealer.

Under the hood of the BMW 740i is a 4.4-liter, 282-horsepower naturally aspirated V8 engine. This power is transmitted to the rear wheels through a five-speed automatic transmission. Although the 7 Series is the first car to offer satellite navigation in Europe today, the sedan in the ad has a standard cassette player instead.

The 1998 BMW 740i in the air capsule will only be sent to a buyer within the borders of the European Union. The price reached by the car shows that it is not a very attractive option to buy. However, it is ideal for those who want a clean tool in the coronavirus outbreak.

Take On Your Whatsapp With These Funny Jungkook (BTS) Stickers

Described smartphones in a letter she wrote in 1969