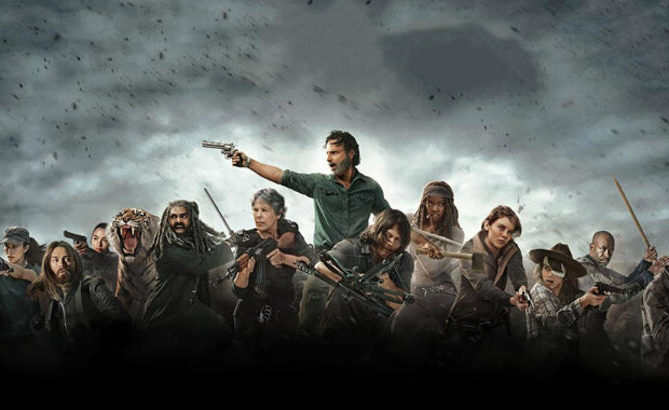 In the new episode of The Walking Dead, we came across one of the most amazing scenes of years of adventure. The bad characters of the series came together in an unexpected scene, creating a shock effect for the audience.

The Walking Dead shocked the audience by bringing together an unexpected duo in the mid-season episode aired Sunday night. The Walking Dead brought together two important villains that marked the series in a stunning scene. First of all , let’s mention that the scene contains spoilers for those who have not watched .

The 9th episode of Season 10 of The Walking Dead appeared with a creepy scene. The evil characters, Negan and Alpha, who marked the series came together in the forest. Alpha was originally thought to kill Negan , but the events happened in a way that no one predicted.

“We always felt that we needed the story of Alpha, Negan and his strange relationship , ” said Angela Kang, author of The Walking Dead, in a recent interview . said. Kang asked the author of the episode, David Leslie Johnson-McGoldrick, to use such a memory, inspired by comic books.

As a result, David Leslie Johnson-McGoldrick returned with a story suggesting Negan was about to be killed, but the scene turned into something else in Alpha’s wild philosophy. The author brought the relationship he was interested in the comic book to the screens in a surprising way.

The lovemaking scene that marks The Walking Dead: