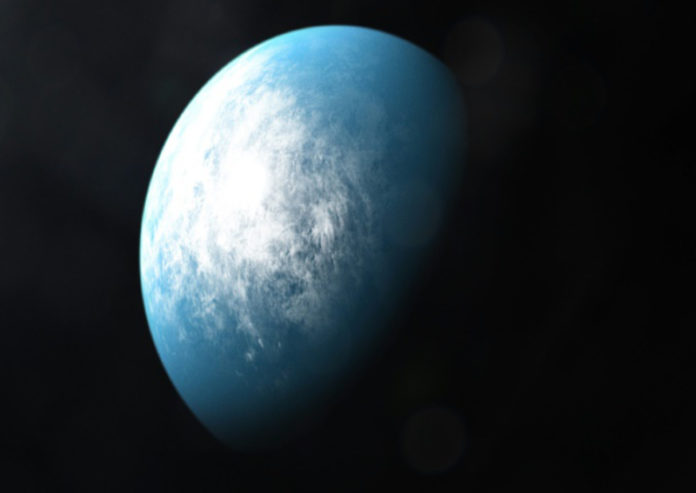 NASA’s TESS, a telescope that explores planets in distant areas, was able to detect a planet 1,300 light-years away. More interesting is the discovery of the new planet by a 17-year-old intern.

NASA’s TESS, a telescope that explores planets outside the solar system, has discovered a new planet that revolves around two stars instead of one. More surprisingly, the new planet, compared to Tatooine, the two sunsets of Star Wars hero Luke Skywalker, was found by a high school intern.

It is said that the likelihood of life on the new planet, which is 6.9 times the size of the Earth, is about the size of Saturn. The new celestial body, known as the ‘TOI 1338 b’, is also known as the only planet of the TOI 1338 system at 1,300 light-years away in the constellation Pictor. The turn around the two stars of the TOI 1338 b takes 95 days. The rotation of the two stars around each other is completed in 15 days. One star is 10% larger than the Sun, while the other is one third the size of the Sun. It’s also colder and shines less.

The discovery of circumbinary planets revolving around two stars is very difficult. Of these planets, the first of which was discovered in 1993, only two dozen have ever been verified.

A planet that could possibly live was discovered:
NASA, on the other hand, announced that the TESS telescope has discovered a new planet that is Earth-sized and livable from its star. The last feature shows that the planet may contain liquid water. The new planet called ‘TOI 700 d’ is only 100 light years away from Earth. The closest star to Earth is the distance of Proxima Centauri to 4 light years.

In the first place, TESS misclassified the planet. TESS’s mistake of detecting the TOI 700d as hotter and larger was corrected by amateur astronomers, including high school student Alton Spencer. Similar planets were previously discovered by the Kepler Space Telescope, but the last celestial body is the first such discovery of TESS, which began working in 2018.

The TOI 700 star measures 40% of the Sun and is almost half as hot. TESS discovered 4 planets around this star, but only in the TOI 700d, neither too close nor too far from the star, and in the so-called “Goldilocks zone”. The temperature in this region is thought to allow liquid water.

The name Goldilock refers to the tale “Goldilock and the Three Bears”. A girl in the fairy tale found by examining which of the three porridge was the correct mush “neither too hot nor too cold”. The TOI 700d is 20% larger than Earth and revolves around its star in 37 days. In this way, it can obtain 86% of the Earth’s energy from the Sun.