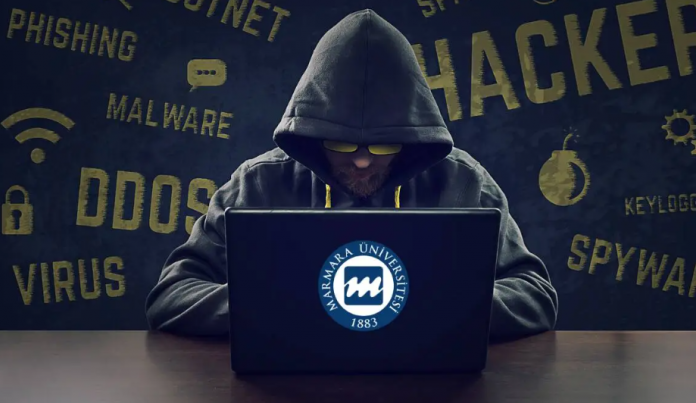 Marmara University was hacked by a 17-year-old hacker under the pseudonym YUBA. Here are the details…

Many companies and institutions are being targeted by hackers because of security vulnerabilities, which are among the biggest risks in the age of technology. According to information published today, Marmara University’s systems were hacked by a 17-year-old computer hacker.

According to information published today by KVKK, Marmara University has been hacked. In an interesting incident that occurred on September 15, it turned out that a 17-year-old young hacker with the pseudonym YUBA penetrated the data system using an exploit that he found on the university’s website, created 3 new accounts and received information about 5,698 people.

It was reported that a hacker with the pseudonym YUBA sent the following SMS message to the university administration:

“Hello, Mr. Marmara University. I’m YUBA, a 17-year-old hacker. But I’m not doing anything to harm my condition. I just found it open on a website and hacked it. High-risk vulnerability. Authorized person, please contact me. Let me tell you the gap, close it.

The identity of the hacker known as YUBA is currently unknown. In addition, it is difficult to confirm other things he said in the message he sent, including his age. However, according to the KVCC, the data of 5,698 people were obtained illegally.

In addition, when a vulnerability is discovered on websites or in the systems of companies or government agencies, it is believed that hackers who report the vulnerability to the authorities instead of taking advantage of it are acting with the best intentions. They are not the ones who broke into the system and stole the data of thousands of people. In any case, there is no way to verify his age and identity.

Instagram Will Focus On videos To Fight TikTok, CEO Reveals