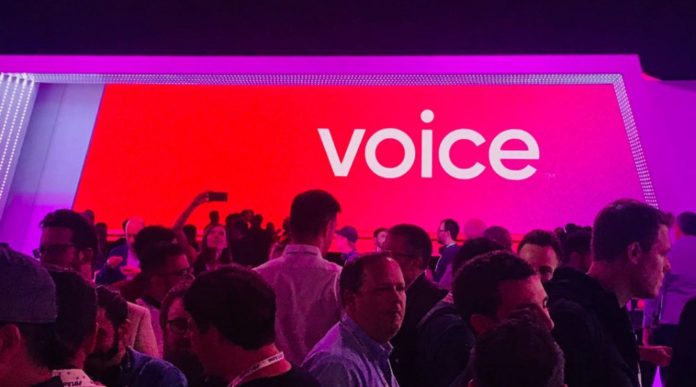 $150 million investment from Voice from EOS company. EOS’s developer company Block.one has announced that it has invested $ 150 million in its social media platform, Voice.

According to The Block’s statement, the company said today that the investment is the beginning of Voice’s independence from Block.one. Social media application incorporated Salah Zalatimo, the head of Forbes Global’s Digital Department in January, and appointed it as CEO.

In the statement, “Voice will operate as a separate company under the leadership of Salah and will use the $ 150 million investment made to both expand and create the workforce”.

Voice is designed as a platform where users who will take part with their real identities will be rewarded with the shares they make. Currently, Voice Token is distributed daily to all users verified in Voice, which is only open to the U.S. and operates in beta. These tokens do not currently have any monetary value and will be reset after the platform is live with the full version. After the platform is fully launched, the token system will be restarted and users will be able to convert their tokens to money or to increase the visibility of the content.

“Voice is an area where the user can control the type of shared content and his members are not afraid of the reality of the information,” said Voice CEO Zalatimo. Each user goes through KYC verification, and whoever produced the original published content is also available there. This clearly shows the responsible people. ”

Disney Plus brings forward the premiere of ‘Frozen 2’ due to...