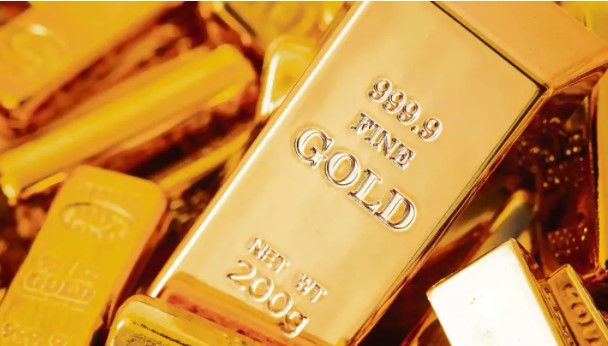 According to experts, it will continue to provide some support for the Russian occupation of Ukraine. However, according to some analysts, the fear and uncertainty driving gold prices has peaked and the sentiment for the precious metal is slightly bearish in the near-term. According to Kitco, which conducts a survey on what levels gold will see next week, Wall Street analysts show a slight downward trend, while individual investors continue to rise.

Is gold the only safe haven in times of crisis?

Adam Button, chief currency strategist at Forexlive.com, described gold’s price action as investors battered Thursday’s nearly $100 price volatility. As the Russian invasion of Ukraine began, the price of gold hit an intraday high of $1,976, the highest since September 2020. However, the market failed to hold its nearly 3 percent gain and fell to $1,878 an ounce.

“At the height of the crisis, gold proved to be the only safe-haven asset investors wanted to own,” said Button, who is gold neutral in the short term. This shows how important the true value of gold as an asset is.” However, he said that there is a high level of fear and anxiety about Ukraine, which could be a headwind for gold. “However, we have probably seen the highest level of fear and concern about Ukraine and this could be a headwind for gold,” he said.

What does the survey show for the price of gold?

This week, 15 Wall Street analysts took the gold survey. Six of the participants, 40 percent, anticipate an increase in gold prices. At the same time, seven analysts, or 47 percent of respondents, called for lower gold prices next week. Two analysts, 13 percent, remained neutral on gold in the short term. Meanwhile, 1,001 votes were cast in online polls. Of these, 710, or 71 percent, expect gold to rise next week. Another 187 said it was down 19 percent, while 104 remained neutral in the near term.

While precious metal prices closed the week with losses, the bullish outlook from retail investors is coming. April gold futures were last traded at $1,889.30, down 0.5 percent week on week. In the past week, both retail investors and Wall Street have been significantly bullish on the precious metal. Looking ahead, some analysts noted that despite gold’s failed breakout on Thursday, the market remained in a strong uptrend and made higher and higher lows.

Equiti Capital market analyst David Madden noted that gold has found strong support even before it started riding the wave of safe-haven demand. He added that any new market uncertainty or escalation in geopolitical tensions will continue to support prices. Some analysts are also bullish on gold, as inflation remains a more significant economic threat than the conflict in Eastern Europe.

“The monetary situation is the reason behind gold’s move over the last few months and this is not going to turn into a downside for gold in the near term,” said Adrian Day, head of Asset Management. While the Fed is expected to tighten interest rates next month to cool rising consumer prices, markets are pricing in a less aggressive move, with some analysts saying the bullish trend for gold remains.

While there is still some bullish sentiment in the market, some analysts said that the reversal of gold on Thursday will disappoint some investors and traders and this could put pressure on prices in the near term. “Gold was severely overpriced and needed to pull back, but technically the price action created a voluminous shooting star and that is not a good omen,” said Colin Cieszynski, chief market strategist at SIA Wealth Management.

Marc Chandler, managing director of Bannockburn Global Forex, said gold is bearish next week and a drop below $1,877 could lead to a test of $1,850 per ounce. Chandler added that positive US economic data, especially Friday’s strong February nonfarm payrolls report, could put pressure on gold prices.

Trump’s Wife and NBA Legend Chose This Altcoin: Here are the...

Resisting the fall of the cryptocurrency, this altcoin could fall by...