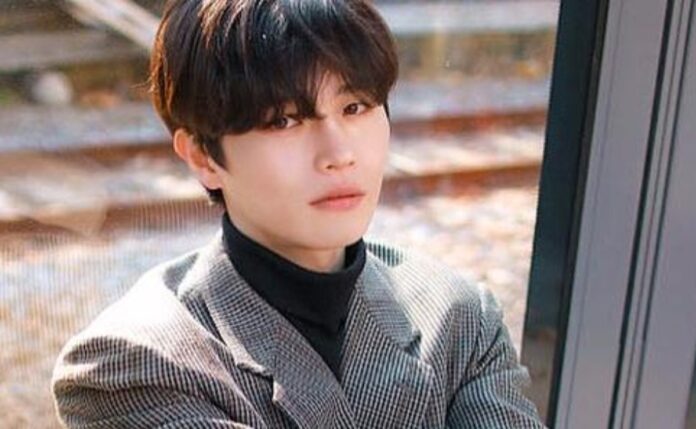 The K-Dramas of the last few years allowed us to meet new acting figures with talent and a great career ahead.

Every year new series appear within the entertainment of South Korea, either to be transmitted through the country’s television channels or for streaming platforms, fortunately we can access them from different parts of the world and at the same time we meet actors they are ready to conquer the audience.

Like everyone else, at first they do not get leading roles in dramas, but despite this their good performance makes them stand out in the cast and those who see the dramas begin to be curious about their career.

For that reason, today we are introducing you to some stars who have begun to capture the attention of audiences and directors, so very soon we will see them more frequently within Korean dramas.

He was born on January 30, 2002, so he is currently 18 years old. He was part of the web drama Pop Out Boy and conquered audiences with his look and his performance.

He played Do Yoon Soo in the drama Ending Again and while not much is known about him yet, his talent has sparked interest in his career and his upcoming projects.

This young actor was part of dramas like The Mermaid Prince and Love for a Thousand More, he is still very young but he has already shown his great potential on set.

He was born on June 2, 2001, so he is currently 19 years old and you probably recognize him from his role in Love Revolution, a web drama where he played Kim Byun Hoon.

This actor is not exactly a new K-drama star, but he has recently started to gain popularity as only a few years have passed since his debut. He was born in 1986 and starred in productions such as I’m Not a Girl Anymore, Love Alert, and Please Don’t Date Him.

His debut happened this year and he has already participated in dramas like True Ending and Romance, Talking. He was born on April 9, 1993, making him 27 years old.

This is another star that within a few years of his debut in dramas managed to win over the audience. He is 27 years old and has acted in 22 Flower Road, Best Mistake, Mystery Queen 2, Miracle Girl and many more series.

This actor is only 23 years old and has already acted in several web dramas such as 4 Kinds of Houses, his most popular role so far occurred in the Extracurricular drama and we will see him soon in Monster.

He previously became known as Yoo Jung Woo, however he left this stage name behind. He was born in 1997 and has acted in dramas like The Pethouse, The Temperature of Language: Our, and Spring Must Be Coming.

He was born on August 13, 1997 so he is 17 years old, surely you remember his face since he was one of the actors who participated as a soldier in Crash Landing On You.

He is 24 years old and although he has acted in several music videos his career in K-Dramas is just beginning, the actor appeared in the series Memorist and 19 and Rebellious.

This actor was born on November 22, 2002 and at 18 he has already acted in 3 Korean dramas, including The Temperature of Language: Our, Pop Out Boy and currently appears in True Beauty.

He was born on July 25, 1995 so he is currently 25. His performance of him surprised us in stories like He is Psychometric, Dalgona, Love With Flaws and Run On.

He starred in various seasons of the web drama Love Playlist, as well as Team Bulldog and will be seen on Fly High Butterfly soon.

He was born on November 19, 1991 and has acted in various popular series such as Thumping Spike 1 and 2, Queen of Ring, and Ending Again.

Uncover with class! Dove Cameron is no longer just a Disney...