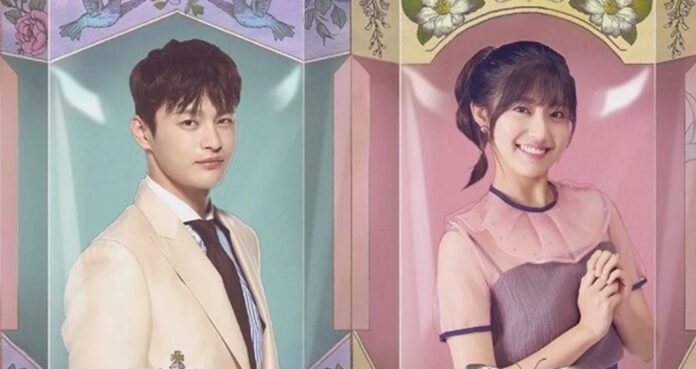 These doramas deserve great recognition due to the quality of their story, but they remain hidden gems. Although the popularity of these Korean dramas was not as high as in other cases, they contain wonderful stories that every fan should know and enjoy.

The world of dramas gives us a large number of productions each year, some of these series share within the same seasons and sometimes it can be to keep up with all of them, so we generally see a drama stand out either for its cast or the theme it presents.

The most famous K-Dramas are popular for a reason, which makes us always turn to see them and give them a little extra attention, but among the productions that are sometimes overshadowed there are also great narratives that can catch you.

Give these little-known series a try but they will catch you in every episode thanks to their charismatic characters and stories full of charm.

Tell us in the comments which of these dramas you have already seen or if you plan to add any to your to-do list.

It tells the story of a group of travelers who hire a tour to visit the best of France. Ma Roo is a boy who has just faced a love breakup and decides to embark on the adventure where he meets Yoon So So , the team’s guide.

The drama takes us into the lives of several high school students, some of them are distinguished by their good grades, which makes them part of an elite group of the institution, while others are part of a dance group where something In common are their poor results in class, what will happen when they have to join together to create a cheerleading club?

Sang Mi is a mysterious girl surrounded by strange people and phenomena, when she asks for help in the middle of a dark neighborhood a group of men runs to her aid, but they discover that she is trapped in a mysterious sect.

MIRROR OF THE WITCH

It is a historical K-Drama that presents us with the story of a queen who asks for the help of a shaman because she cannot have a child. When she finally gets pregnant, her twins are born with a curse that only Seo Ri kept, because of this she now lives hidden in the mountains.

Bok Soo is a high school student who was expelled because of a false accusation of violence, he cannot understand why it happened and neither the reasons that his first love had to point it out in this way, but years later he returns to that institute in search for revenge, what will he do now that he is a school teacher?

Ae Ra divorced her husband years ago, but she has not lost hope of finding love. Years later, the man who was her husband becomes the director of a company, so she is willing to win him back, however Jung Woo only wants revenge.

Baek Ho and Yim Seul have been friends for years, and although he is in love with the girl, he does not confess his feelings and even becomes best man at her wedding. It is then that he discovers that Yi Seul also had feelings for him and regrets having kept what he felt, but the opportunity will come to him to go back in time and change his destiny.

BRIDE OF THE CENTURY

It tells the story of a family with a strange curse, as the first wife of each generation dies on their wedding night. When Kang Joo is about to marry his fiancée, the girl disappears and the family looks for her until they find a person just like her but with a totally different life, before seeing their plans affected they will convince this stranger to take the place of her. Kang Joo’s fiancee temporarily.

THE SECRET LIFE OF MY SECRETARY

Do Min Ik is the director of a company dedicated to telecommunications and although he used to distinguish himself by his talents to understand people, he suffered an accident that made him unable to distinguish faces and his secretary will take the opportunity to make him fall in love while pretending to be someone else .

Geu Rim is a scriptwriter for a radio show and although she is passionate about her work is not the best in her field, the show where she works is at risk of being canceled, but everything changes when an actor is convinced to join the production as the main announcer.

It tells the story of a woman who enjoys trot music and dreams of becoming a professional singer, however life has not favored her to achieve it. A sudden turn occurs and your opportunity appears, but you will have to work hard to get new generations interested in this style of music.

Louie is a boy who comes from a wealthy family and suffers an accident for which he is left for dead, he only lost his memory but is far from his family and it is then that he meets Bok Shil , a girl who thinks that Louie could have a connection with the brother you have been looking for for a long time.

COME AND HUG ME

Do Jin and Jae Yi were two young students in love, but their connection was left behind when the father of the murderer boy to the family of his son’s girlfriend. Do Jin tries to make up for the terrible acts of his father by becoming a detective, but after several years of being apart, the lovers meet again.

A fire in a department complex marks the lives of the inhabitants. Lee Ahn was orphaned from that day on, but one of his neighbors who was also very young was left in his care. Years later this boy meets the daughter of the guard who was accused as responsible and together they will try to discover the truth of this event.

Hyun Jae is a popular popular singer in the 90s who was involved in several scandals, but one day he disappeared. When he regains consciousness he is now in 2017 and decides to investigate how this change happened while meeting a young aspiring idol.

We also recently told you that the True Beauty characters presented a new look at what happens on set while they are filming.

Marvel: Confirmed! ‘Sersi’ and the ‘Black Knight’ will be the leading...