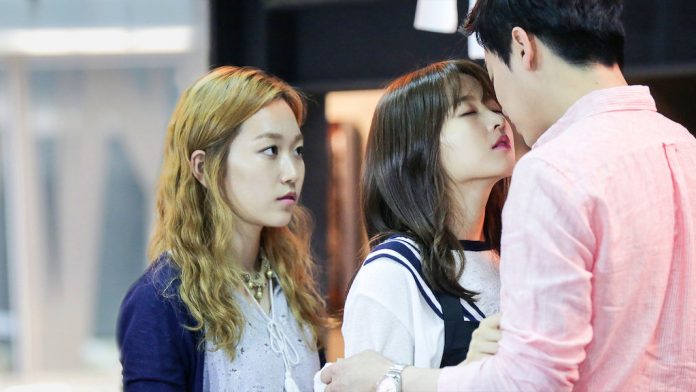 These Korean dramas captured audiences thanks to the challenges the characters face in each episode.

If you are looking for a story to watch in a marathon, we will tell you what are some K-Dramas that thanks to the intrigue and mystery of their history will keep you in front of the screen for hours.

Just as there are fans who enjoy waiting for new episodes while the series is on air, there are also those who prefer to see stories in just one weekend. However, not all dramas lend themselves to it.

Some narratives are slower than others and it is difficult to see them in a few days, but those dramas full of emotions motivate us to observe them without pauses.

An alternative that never fails to series marathons are the K-Dramas of mystery , action and crimes, since they keep us aware of what will happen to the characters while they try to stay safe.

Below you will find a list of Korean dramas that are extremely exciting and that at the end of each episode will leave you wanting to continue watching the continuation of the story.

MYSTERY DRAMAS THAT YOU WILL NOT BE ABLE TO STOP WATCHING

It tells the story of a group of soldiers who was betrayed and put to death, the only survivor escapes from Korea and takes with him the son of his best friend, who died along with his men. From that moment on he will train him to exact revenge.

DESCENDANTS OF THE SUN

Two members of the South Korean special forces team have been friends for a long time, during their vacations they capture a young thief and send him to the hospital, it is then that they meet a doctor and Yoo Shi Jin falls in love with her, without know that later they will have to work together.

A fire in an apartment building killed many people. A young man and a child were orphaned because of it, so they will become inseparable. Lee Ahn also obtained a strange ability that allows him to see the memories of people and things, which will allow him to decipher what really happened the night of the accident.

A man with a calm personality witnesses a murder and when he tries to flee he suffers an accident, when he wakes up he has lost his memory and carries with him a diary that describes the crime plan, so he begins to think that he was the murderer.

A girl begins to work as an intern at the prosecutor’s office, but one day she is accused of the death of her ex-boyfriend. After being locked up in prison, the prosecutor who worked alongside her will help her prove her innocence, but later they meet the real murderer.

It tells the story of an apprentice chef who has a shy and scary personality due to the fact that she can see ghosts, one day she is possessed by the spirit of a ghost who thinks she has a grudge to resolve before leaving, but together they will discover what really is. it has kept her on Earth.

I HEAR YOUR VOICE

Soo Ha witnessed the murder of his father but being only a child no one can believe him, a young student confesses as a witness and although the murderer swears revenge, the boy agrees to take care of the girl, especially now that he acquired an ability to listen to the thoughts of others.

MEMORIES OF THE ALHAMBRA

An investor travels to Spain to meet the creator of a virtual reality game, but upon arriving there he discovers that the person he was going to meet has disappeared.

It tells the story of a man who has decided to change his identity to stay safe, now he has a daughter and a wife who is a detective, but his fourth will be exposed when his wife must investigate a case from the past where he is involved.

Man Wol was punished for ending the lives of many people, so for hundreds of years she has been in charge of the Hotel del Luna, a place where souls rest and prepare to go to the afterlife.

Je Ha was a talented soldier, but he was betrayed by his team and had to flee for his life. Years later he is forced to work as a member of the security team for a family of politicians that keeps an illegitimate daughter in hiding.

THE GIRL WHO CAN SEE SMELLS

A serial killer leaves serious damage to several families, Eun Sol survived one of his attacks but was in a coma for several months and now that she has awakened she has the ability to see smells, this ability will help her find the murderer.

Dal Po is a child when his family is involved in a tragedy, after being orphaned he is rescued by an old man who will take care of him as his son. He now has an adopted brother and a niece who has Pinocchio syndrome, a condition that prevents him from telling lies and that will affect his dream of becoming a journalist.

W is a popular webtoon that has been published for a long time in Korea, one day the writer decides to end the story, but his daughter is mysteriously transported to the world of comics and he will have to save the main character.

TALE OF THE NINE TAILED

It tells the story of a gumiho who was once the guardian of a mountain, but after falling in love, he renounced his position to try to reconnect with his beloved when she is finally reborn.

China Claims Coronavirus Does Not Exit the Live Animal Market in...