Home News 14 countries free from COVID-19 according to WHO 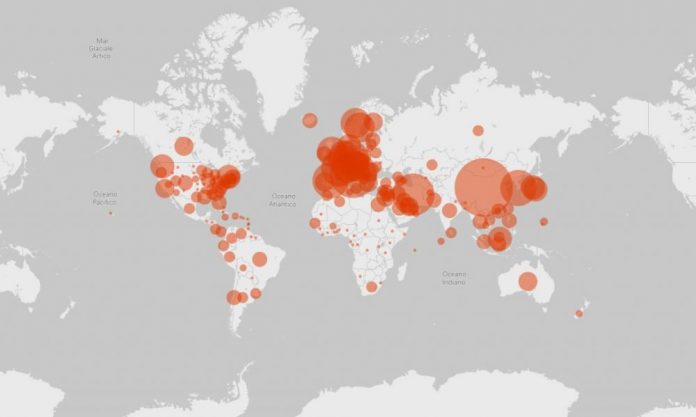 The WHO indicated that the early sanitary measures rid of the COVID-19 to only 14 countries of the world.

In the world there are only 14 countries free of COVID-19, because early sanitary measures prevented the virus from reaching their respective territories and in Somagnews we will tell you what they are.

While most of the world continues to battle against the spread of the virus and its new variants, which infected almost 106 million people and killed more than 2.3 million; very strict policies were implemented in these countries.

According to a report revealed by the United Nations (UN) health agency, 12 of the 14 countries free of coronavirus correspond to islands or islets thousands of kilometers from the coast.

These places chose to close their borders, preventing the virus from reaching them.

Such is the case of the Cook Islands, made up of 15 small islands in the South Pacific more than 3,000 kilometers from New Zealand, which applied a mandatory quarantine and a temporary ban on vessels in their ports, including cruise ships.

The situation is similar in American Samoa, which a year ago closed the borders even to residents who were abroad, and only two weeks ago allowed the entry of islanders.

Narau, the third smallest country on the planet, near Kiribati, was also saved. It is a very poor nation that has the largest number of overweight people in the world and has a life expectancy of less than 50 years.

Palau, for its part, made up of 300 islands and close to the Philippines, in addition to not having registered any case of coronavirus, could be one of the first countries in the world to vaccinate the entire population.

In Saint Helena, a British territory in the Atlantic Ocean and one of the most remote places in the world, located more than 1,800 kilometers away from Angola, they imposed swabs to enter and leave the island.

According to the report developed by the WHO, one year after the start of the pandemic and replicated by the ANSA agency, the other two countries that did not register cases or deaths due to the disease are North Korea and Turkmenistan, but experts doubt the accuracy of your health data and the willingness to make it public.

North Korean President Kim Jong-Un imposes very strict restrictions on the population that further affect an economic situation that is in critical condition.

In addition, for some, the fact that it borders China and South Korea makes the total absence of coronavirus cases unlikely.