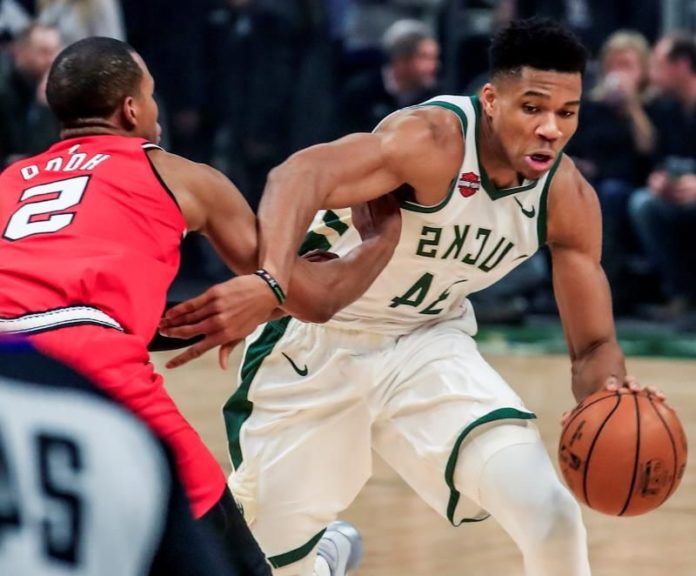 Greek power forward Giannis Antetokounmpo got his second triple-double of the season and several individual brands that helped the Milwaukee Bucks win 137-129 to the decimated Portland Trail Blazers.

Antetokounmpo contributed 24 points, 19 rebounds and 15 assists – his best professional mark – in what was his fastest triple-double since he came to the NBA.

The star power forward of the Bucks just needed to reach the middle of the third period to have already secured the triple-double that allowed the Milwaukee team to get the sixth consecutive victory.

Antetokounmpo, who also had a triple-double in the opening game of the new season, reached 16 as a professional and the Bucks are marked in those 14-2 games.

The base Erick Bledsoe contributed 30 points, as the biggest scorer of the team and the match, and six assists with the Bucks (12-3), who are leading leaders in the Central Division, while the base guard Pat Connaughton Bledsoe, who had his Best score so far this season, topped a list of six players with two-digit numbers, including the five headlines.

The Bucks scored the first seven shots they made to the basket, including three three-pointers, and took a 17-6 run and a lead that the rest of the game never gave up.

The Milwaukee team also got their best score at the end of the first half with a partial 72-58.

After scoring 10 points, last Tuesday, in his debut with the Portland Trail Blazers against the New Orleans Pelicans, veteran forward Carmelo Anthony, who continued as a starter contributed 18 points against the Bucks.

Anthony, who before the Pelicans scored 4 of 14 field shots, compared to the Bucks hit 6 of 15, including 3 of 5 triples, and 3 of 4 from the personnel line.

Anthony’s contribution along with the 37 points of escort CJ MacCollum, who was the best scorer of the Trail Blazers, did not prevent the third consecutive loss of the Portland team (5-11).

The Portland team has lost seven of the last nine games they have played against the Bucks, including six straight in Milwaukee.

The power forward reserve Skal Labissiere was the best in the game under the rings to get a double-double of 22 points, 12 rebounds and five blocks that also did not prevent the defeat of the Trail Blazers.

The game allowed Antetokounmpo to face Anthony the star against which he debuted as an NBA player on December 18, 2013.

Then Antetokounmpo managed 10 points and seven rebounds before being eliminated by personal fouls, while Anthony helped the triumph of the New York Knicks at Madison Square Garden by noticing 29 points and being the leader of his team.

Roger Federer: the private photo session for a fan in the...