Home Sport 132-108. Harden and Westbrook give the Rockets the eighth straight win 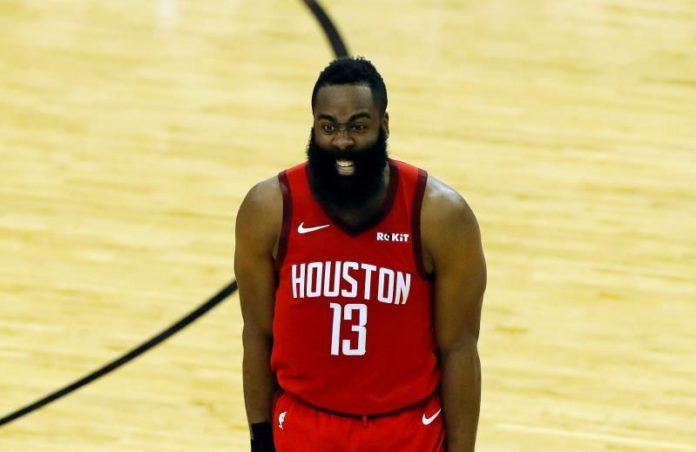 The combination of guard James Harden and base Russell Westbrook showed their best version in all facets of the game and the Houston Rockets beat the Portland Trail Blazers 132-108 in what was the eighth straight win of the Texan team.

Harden, winner for the second consecutive time of the Player of the Week award at the Western Conference, once again led the Rockets’ attack by scoring 36 points, including five triples, capturing six rebounds and delivering five assists.

The Rockets star guard managed to score at least 30 points in the eight consecutive wins the Rockets have had (11-3), who are leaders of the Southwest Division and have the second best mark of the Western Conference, only surpassed by Los Angeles Lakers (11-2).

While Westbrook scored a triple double of 28 points, 13 rebounds -10 defensive-, and distributed 10 assists.

Westbrook achieved his third triple-double so far this new season, his first with the Rockets, and number 141 as a professional.

The Swiss pivot Clint Capela returned to the team after an injury and responded once again as the leader in the inner game by getting a double-double of 22 points and 20 rebounds that made him the first Rockets player to have at least 20 balls captured under the rings in four consecutive games since the legendary Hall of Fame member Elvin Hayes, in 1971.

Hayes witnessed the match with his companion of the sacred precinct of the legends, the American Nigerian expivot Hakeem Olajuwon.

The Rockets were up 18 points with five minutes to go when Harden scored a triple that put the partial 120-99 that left the game sentenced.

Westbrook gave his 10th assist in the absence of three and a half minutes to go after Harden finished a basket penetration and both players along with forward PJTucker left the field by decision of the Rockets coach Mike D’Antoni with everything decided.

“We simply played a good game in all facets, but especially in the second quarter when the low men responded better,” D’Antoni said. “The return of Capela was very positive for our team.”

D’Antoni admitted that having four consecutive games with at least 20 rebounds is something that demonstrates the great class a player has in the paint.

“Clint (Capela) is playing very well and it shows in the great confidence he shows when he is in the field,” he said.

While under the rings, the Rockets dominated with 58 rebounds for 44 of the Trail Blazers, who had 17 turnovers for 16 of the Houston team.

“They were simply superior in the offensive game with Harden and Westbrook doing a great job,” said Trail Blazers coach Jerry Terry Stotts. “We did some good things, but not enough to beat an opponent who was superior to us.”

As for the incorporation of the All-Star forward Carmelo Anthony with the team, Stotts said he could do it tomorrow, Tuesday, but without planning to play.

Anthony signed with the Trail Blazers as a free agent and has not played in the NBA since November 8, 2018 when he did so last time with the Rockets, who then discharged him, without any team signing him so far.