Home Entertainment 13 Sentinels: Aegis Rim Presents Its Mysteries In A New Trailer For... 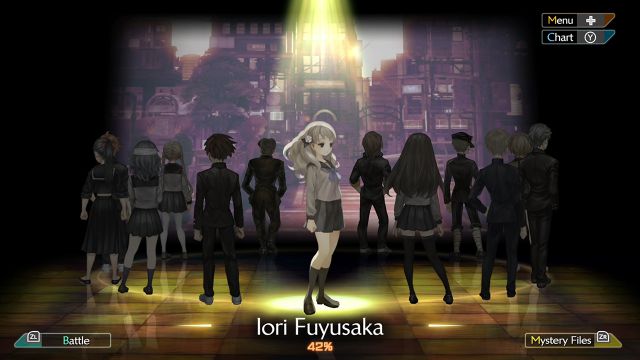 13 Sentinels: The celebrated Vanillaware title did not finally reach PS Vita, but it will see the light of day on Nintendo Switch this April. This is what it looks like on the hybrid console. It will come in physical and digital. 13 Sentinels: Aegis Rim is getting closer to Nintendo Switch. The applauded title from Vanillaware and Atlus, nominated for Best Narrative at The Game Awards 2020 contest, heads to the Joy-Con console this April 12 after passing through PlayStation consoles. Now, the latest from the creators of Odin Sphere and Dragon’s Crown is revealed in a new trailer that reviews many of the mysteries of this exciting adventure.

The release of 13 Sentinels: Aegis Rim on Nintendo Switch marks the first time this adventure visual novel can be played on a portable platform. Tactical turn-based combat against the Kaiju in top-down perspective awaits us and a total of thirteen intertwined stories with total delicacy when writing each one of them; stamped by George Kamitani.

Vanillaware hand painted visual style.
A deep story, with visions of the past and the future.
Become a Sentinel and control your mecha to take down hordes of Kaiju in top-down perspective turn-based combat.

13 Sentinels: Aegis Rim, in physical and digital format for Nintendo Switch on April 12

One of the things that made 13 Sentinels: Aegis Rim so popular at the time is simply because of its narrative. It is not only a great story, but the way it is told, with aspects that we had not seen until now in a video game of these characteristics, a phenomenal translation into Spanish and an artistic style that enters the eyes.

In addition, we are talking about a video game that was about to not reach the West. It was originally announced in 2015, but it wasn’t until 2017 that Atlus confirmed that we would see it in Western lands. However, its version of PS Vita was canceled and finally only saw the light on PlayStation 4. This April 12 we will be able to get hold of the game in physical and digital format also on Nintendo Switch.

The first look at the new villain of the Marvel cinematic...