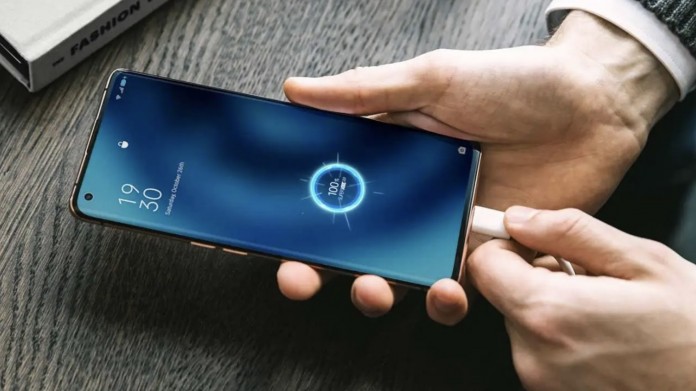 Fast charging technology, which can fully charge smartphones in a short time with 120W, will significantly reduce this time with 125W.

125W fast charging technology, announced by OPPO on July 15, 2020, meets the end user. Thanks to fast charging, we can fill the battery of our smartphones in a short time. Devices such as Xiaomi Black Shark 4, Xiaomi 11T Pro, ZTE Nubia Red Magic 6 Pro that support up to 120W can be charged to 100 percent in about 30 minutes.

125W, which is a new revolution in fast charging, raises the bar even higher. Makul Sharma, known for his famous leaks, shared the list of smartphones that will be the first to support the new technology. The list includes the flagship smartphones that OPPO, OnePlus and Realme, operating under the umbrella of BBK Electronics, will launch next year.

According to the list published by reasonable Sharma, the OnePlus 10 Pro model, which is expected to be introduced next year, will use 125W fast charging technology. GT2 Pro, which will be released by sister company Realme in 2022, will share the same fate with OnePlus 10 Pro. OPPO Find X4/X4 Pro and Reno 8 Pro smartphones will likewise be able to charge up to 125W fast.

‘OPPO N’ is also included in the list shared by Sharma. At the beginning of 2013, OPPO went out of the ordinary with the N1 model it introduced. The biggest feature of this smartphone was its rotating camera. In this way, users could take better quality selfies using the rear camera. It is claimed that the OPPO N series phone, which is said to be introduced in 2022, will bring back the same design.

The fast charging technology, officially announced by OPPO on July 15, 2020, can fill the smartphone 100 percent in 20 minutes, according to the company’s claim. Apparently, this technology will not be exclusive to the OPPO Find X4 series. Sister companies Realme and OnePlus will use the same fast charging feature as OPPO.

According to the leaks, OnePlus 10 Pro will come with a 6.7-inch LTPO Fluid2 AMOLED display with a 120Hz refresh rate. It is estimated that this screen will offer 1440 x 3126 resolution and will be in 20:9 format. It is also among the expectations that it will come out of the box with Android 12-based OxygenOS.

Christmas Crisis: The Mobile Or Tablet You Want May Not Arrive...