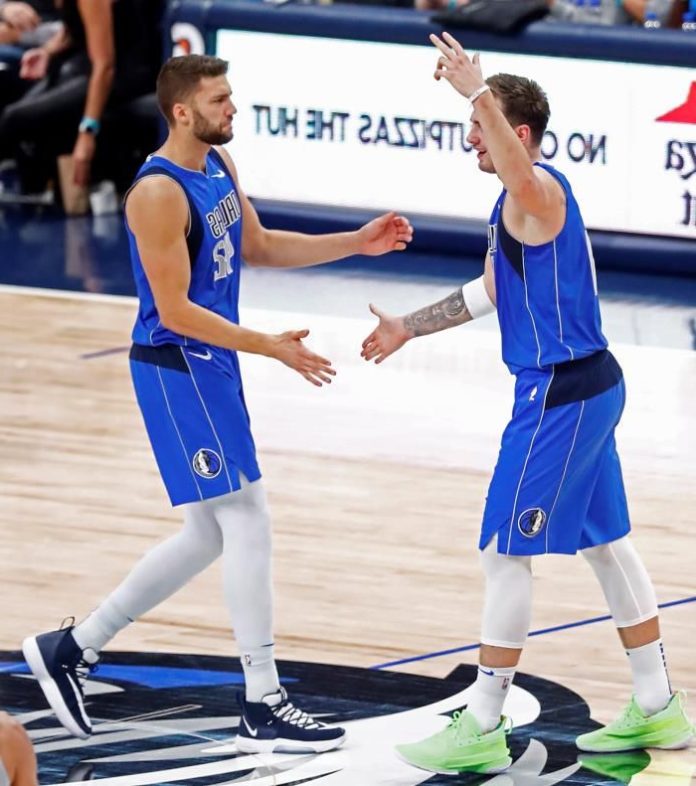 The figure of Slovenian forward Luka Doncic was further enlarged this Sunday at the Toyota Center in Houston, where he dominated from beginning to end the individual duel that starred against the Houston Rockets star James Harden, and also allowed his team of the Dallas Mavericks beat visitors by 123-137.

Doncic led the Mavericks attack once again by getting a double-double of 41 points, 10 assists, five rebounds, recovered two balls and lost six in the 35 minutes he played and in which he scored 15 of 29 field shots, including 5 of 14 triples.

Doncic achieved at least 40 points or more and 10 assists per second game so far this season after his rookie year he never did.

Together with Doncic, the winning surprise factor was forward guard Tim Hardaway Jr., who contributed 31 points – his best mark of the season – with five triples of 11 attempts and 6 of 7 from the personnel line, in addition to distributing five assists , capture four rebounds and recovered two balls.

The Mavericks (11-5), who are the new leaders of the Southwest Division, achieved their fifth consecutive win, the best winning streak so far this season, with three games in which they have achieved at least 137 points.

Together with Doncic and Hardaway Jr., the figure of the Latvian power forward Kristaps Porzingis also emerged, who finished with a double-double and best player in the painting by contributing 23 points 13 rebounds – nine defenders – gave three assists, recovered two balls and put a plug.

German power forward Maxi Kleber became the sixth player of the Mavericks and fourth in the list of scorers who had double-digit numbers when he reached 11 points.

The Mavericks were always in front of the scoreboard after they made three steals in the first possessions of the Rockets and made a partial 0-7 that was unsurpassed by the Houston team that after having had eight consecutive wins suffered the third defeat followed.

The Dallas team with Doncic on the bench, taking minutes off, kept the same dizzying inspiration and finished the first quarter with 45 points for 29 of the Rockets, who gave more points of disadvantage when the break came with the partial 70- 78.

The Mavericks had to go to changing rooms to Hardaway Jr. as a leader by contributing 19 points, while Doncic arrived at 17 and Porzingis at 15.

Nothing changed in the third period with the Mavericks in control of the actions in all facets of the game and Doncic who improved his dreadful inspiration which made the Rockets could not cut the disadvantage nothing more than eight points with partial 95-105.

The Rockets came to the fourth period with better defense and everything seemed that it was still possible to come back after 9 minutes left in the end to put the partial 105-110 after the Swiss pivot Clint Capela after a penetration of the base Russell Westbrook That failed.

Capela also forced the person and went to the line of person in search of the three-point play, but the shot failed and in the end that would be all the Rockets could get in their attempt to come back.

A penetration with Harden and Westbrook, who left him alone to rise on the plate to score, failed the basket and there were also the hopes of the Rockets to continue cutting points and have the option to win.

The culprit of cutting the rockets’ streak was Doncic, who made a perfect suspension shot, and although Westbrook scored again, the Mavericks with Hardaway, who managed a mate, put the Dallas team back with the partial 109-119, again another 10 points of advantage that would be decisive.

Harden, who failed to win the dueling duel to Doncic, finished with 32 points after failing 13 of 15 triple attempts and the team also barely got 10 baskets from outside the perimeter in 44 attempts.

But the key to the defeat of the Rockets was that they never found a way to stop Doncic, who scored six consecutive points in the final stretch of the game, including a triple for the 113-132 run and three and a half minutes left. .

Together with Harden, who also finished with a double-double of 11 assists and nine rebounds, Westbrook reached 27 points as the second top scorer, but made 8 of 20 field shots and 2 of 5 triple attempts.

Capela was once again the leader of the Rockets inside game after finishing the game with a double-double of 21 points, 22 rebounds – best mark of the season – and gave three assists.

The leading pivot of the Rockets got for the second time this season 20/20 and the sixth of his career, while it was the sixth game in the season that captured at least 20 rebounds, after in his previous professional years he had had seven games With that mark.