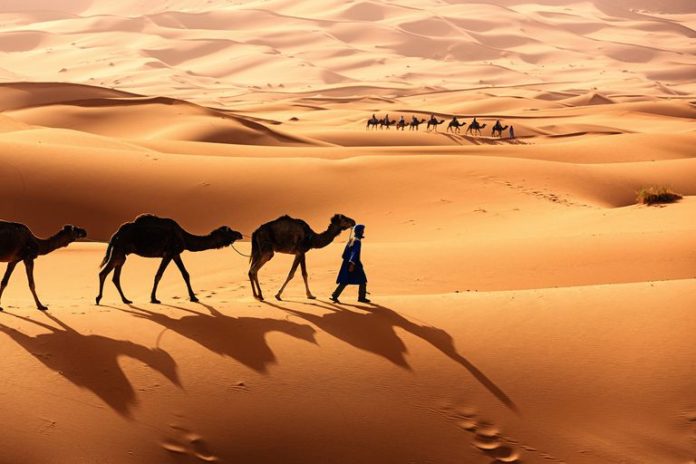 Paleontologists have unearthed identifiable 17,551 fossils in the Acasus Mountains in the Sahara Desert. 80 percent of the fossils discovered belong to fish hunted by humans during the late ice age Holocene, which lived 11,000 years ago.

The fish fossils found in the Acasus Mountains show that there were many catfish and tilapia (freshwater bream) in the region during the Holocene period. Cut and burn marks on fossils also show that fishing is an important activity in the region.

The study carried out in the Sahara Desert also shows that the number of tilapia decreases much faster than catfish. This is because the catfish are able to breathe air as well as gill breathing. Organs that allow catfish to breathe in air also enabled the fish to live in warmer and shallower waters.

Among the fossils unearthed are fish, as well as mammals, birds, reptiles and mollusks. Researchers think that as the number of mammals increases, fish begin to disappear. This finding shows that people living in the mountains are fishing for survival.

In this article on PLOS ONE related to the research, scientists said, “This study reveals the ancient hydrographic network of Sahara and its connection with the Nile. The study also provides important information about the dramatic climate changes that led to the formation of the world’s hottest desert. ”