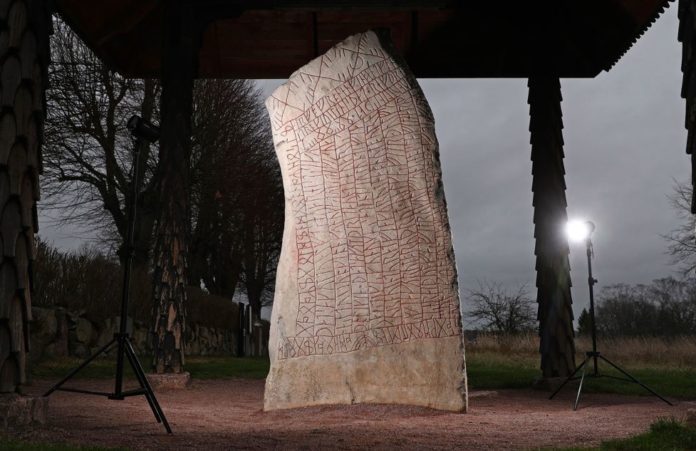 Scientists explained in a message from a 1,200-year-old Viking inscription that the global climate change that happened in 536 will happen again. In the extremely old inscription, anxiety about climate change is expressed.

According to research published in the journal Futhark:

International Journal of Runic Studies, the message posted after the son of Viking warrior Varin died in a war in the 9th century, pointing to a weather-like climate crisis that occurred about 300 years ago.

Researchers led by Per Holmberg finally unraveled the mystery of the message, which spoke of the Great Theodoric that reigned during the Dark Age. The stone, which is about 8 meters long, contains nine mysterious questions, 5 of which are about the sun. Four of the questions are asking questions about the Norse god Odin. “The inscription reveals the anxiety triggered by the fear of a new climate crisis, similar to the death of a son and the climate disaster that began after 536,” said Holmberg.

Viking inscription, erected centuries ago, contains concerns about climate change
Viking leaders were believed to take into account Varin’s warnings because they attached importance to crop control. A solar eclipse occurred before her son’s death, and a solar storm turned the sky red. Then it was an extraordinarily cold winter, and Varin eventually made some warnings on this stone.

In 536 AD, a climate change took place for 18 months, affecting a significant part of the world, leading to disease and famine. The ash cloud created by an incredibly large volcano eruption in Iceland covered the entire northern hemisphere, and temperatures suddenly dropped due to the loss of the Sun’s influence.

What is Jungkook like when you meet him in person?

Video Showing How Coronavirus Can Spread with Sneezing