Home Science 120 thousand years ago, the ice in Antarctica melted and raised the... 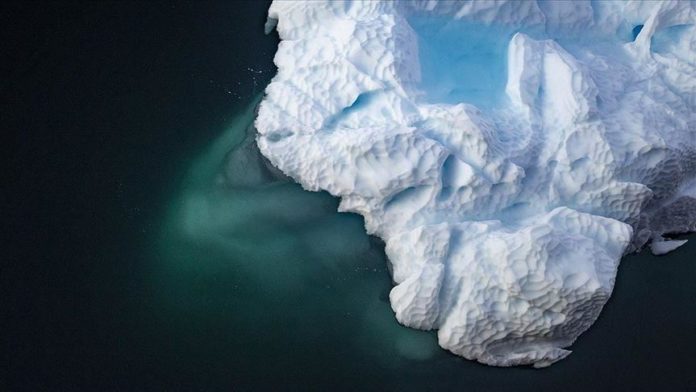 In a new study, it was determined that the ice melting in Antarctica approximately 100,000 years ago increased the sea level by 3 meters. The reason for this melting was the 2 degree increase of the ocean temperature level.

Researchers from the University of New South Wales in Australia conducted a study on the rapid rise in sea level in the last interglacial (116,000 to 129,000 years ago). Researchers have discovered that a 3-meter increase in sea levels is caused by glacier melting occurring in the Western Antarctic Ice Sheet.

The results of the research were published today in the Proceedings of the National Academy of Sciences. According to the published article, the sea temperature had to rise 2 degrees for a glacier that would raise sea levels by 3 meters.

Scientists have announced that most of the glaciers in the Western Antarctic Ice Sheet have melted in the first millennium of the last interglaccia as a result of an increase of 2 ° C. “Melting probably resulted from an ocean warming less than 2 ° C,” said researcher Professor Chris Turney, who is also the lead author of the article. The effects of this increase in ocean temperature provide important important information for the future, given the Western Antarctic meltdown that takes place today. ”

Unlike the East Antarctic Ice Sheet, which sits on a high ground, the West Antarctic Ice Sheet is based on the sea floor. The middle part of the sheet is surrounded by large and floating glaciers called ice racks. When ocean water temperatures increase, ice racks melt, making the middle of the glacier layer unprotected. Chris Turney and his team went to the Patriot Hills Blue Ice Zone, located around the Western Antarctic Ice Sheet, to examine the melting in ancient times.

Blue ice zones are created by catabatic winds, a type of wind observed in Antarctica. As these winds blow over the mountains, they remove the snow layer. After the snow layer disappears, ice starts to form. Under the eroded ice, the historical ice surface emerges.

Chris Turney and his team analyzed the horizontal ice cores found in the blue ice zone rather than reaching the core of the ice sheet. During isotope measurements, the researchers discovered a gap just before the last interglacial. This gap, formed at the ice level, coincides with the period when the sea levels are very high. This conflict shows that the Western Antarctic Ice Layer lost a significant amount of ice during this period.

Researchers developed simulations to find out how warming affects ice racks using data from the field. Findings from simulation showed that 2 ° C increase in ocean water temperature increased the sea level by 3.8 meters.

A New Symptom of COVID-19 Discovered