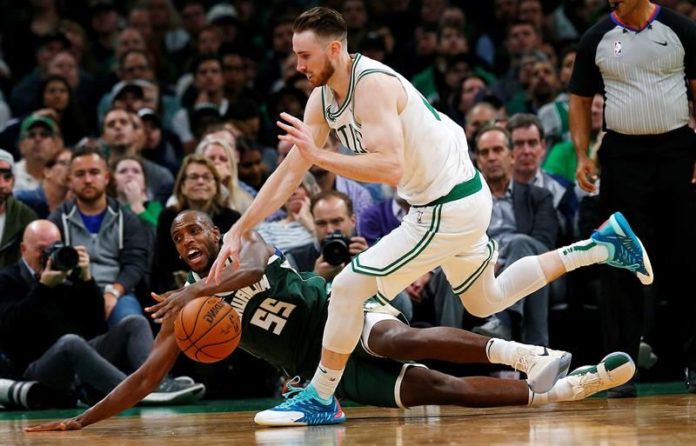 Jaylen Brown scored 30 points as the best scorer for the Boston Celtics, who beat the San Antonio Spurs 115-135, but lost Gordon Hayward, who broke his left hand.

Although the victory allows the Celtics to improve their mark in 7-1, they saw Hayward leave the field with his hand broken.

The Celtics have not lost since their season opener against the Sixers of Philadelphia, 107-93, on October 23, and have outscored their opponents 115-101 since that loss.

Hayward left the game in the second quarter after making contact with LaMarcus Aldridge during a play, and then headed straight to the locker room.

The team indicated that an X-ray examination confirmed the diagnosis of fracture.

His agent, Mark Bartelstein, added that Hayward will see a specialist on Monday to determine if he will need surgery and that, if he needs it, it will be done on the same Monday, and that that day would indicate a possible recovery date.

Hayward, who finished with nine points in the game before leaving the field, averaged 20.3 points per game during the start of the Boston season.

Two years ago he was lost all season after suffering leg and ankle injuries six minutes after the opening of the Celtics season.

The Spurs had the direction of DeMar DeRozan, with 22 points, the reserve Patty Mills added 20 and Bryn Forbes had 14.